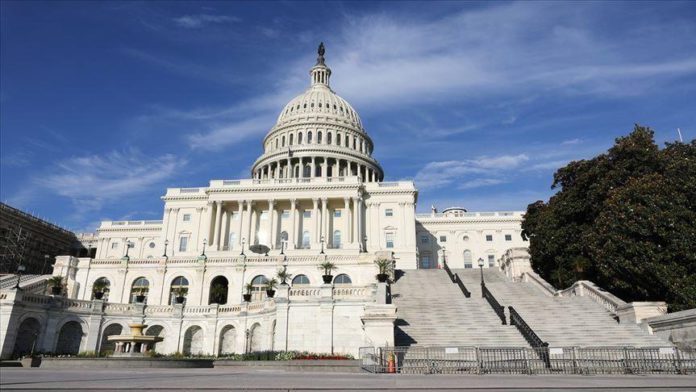 US congressman Jimmy Gomez introduced on Friday legislation to expel a far-right Republican lawmaker from the House of Representatives, saying she wishes “harm upon” Congress.

Gomez said he takes “no joy in introducing this resolution,” but pointed to congresswoman Marjorie Taylor Greene’s past social media history in which she approved of violence against key Democrats, including former President Barack Obama and House Speaker Nancy Pelosi.

“I believe some of my Republican colleagues, and one in particular, wish harm upon this legislative body. And I’m not saying this for shock value,” the congressman from Los Angeles said on the House floor in remarks he retweeted. “It’s the conclusion I drew after a member of Congress advocated violence against our peers, the Speaker and our gov’t.”

It is exceedingly rare for the House to expel a member. It has done so only five times in its over 200-year history, according to its historian’s website.

As it is an internal matter the chamber would not require a follow-on vote in the Senate. But in order to remove a lawmaker from office a two-thirds majority is required.

That is highly unlikely to be achieved in the House, because even as Greene has riled her fellow Republican lawmakers at times, there are very long odds that they would back a measure for her removal.

Democrats currently have a razor-thin 219-211 majority in the chamber, meaning about 76 Republicans would need to consent to Greene’s expulsion.

Only 11 Republicans backed a measure last month to strip the Georgia congresswoman from her committee assignments, a far less severe penalty that was successfully doled out.