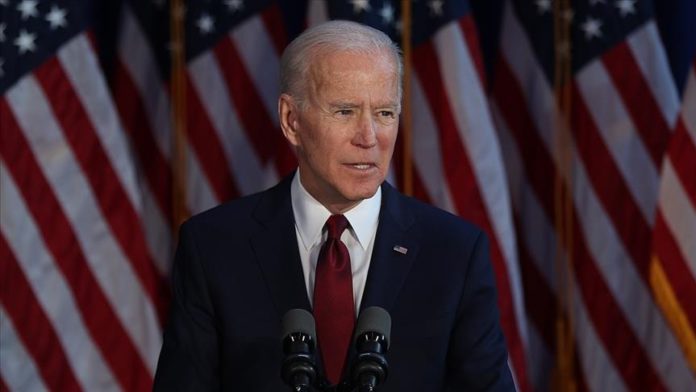 US President-elect Joe Biden received his first dose of Pfizer-BioNTech’s COVID-19 vaccine on live television Monday in a move meant to bolster public confidence as the country seeks to get out of the pandemic’s grip.

Pfizer’s vaccine must be delivered in two separate rounds spaced weeks apart, meaning Biden, 78, will receive the second and final dose shortly before he assumes the presidency on Jan. 20. Vice President-elect Kamala Harris and her husband, Douglas Emhoff, are slated to receive their vaccinations next week.

“We owe these folks an awful lot,” Biden said while wearing two masks immediately after receiving the vaccine. “The scientists, and the people who put this together, the frontline workers, the people who were the ones who actually did the clinical work are just amazing.”

While Pfizer-BioNTech’s vaccine was the first to receive an emergency use authorization from the Food and Drug Administration Dec. 11, a second from drug maker Moderna followed suit on Friday adding millions of doses to the available stockpile.

They are badly-needed with the US being mired in the world’s most severe outbreak. There are nearly 18 million known infections and nearly 320,000 COVID-19-related fatalities, according to data from Johns Hopkins University.

Both Pfizer and Moderna’s vaccines utilize what is known as messenger RNA, and require two doses.