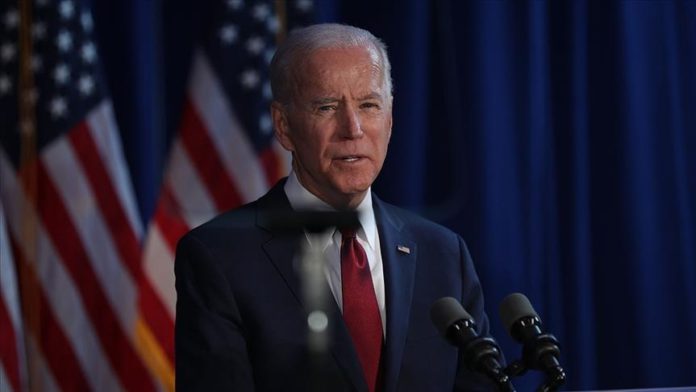 US President-elect Joe Biden announced Thursday he is planning to pick Merrick Garland as his attorney general, and named three other top positions for the Justice Department.

Garland, 68, has been serving as a US Circuit Judge of the US Court of Appeals for the District of Columbia Circuit since 1997.

Although former President Barack Obama selected Garland to the Supreme Court in 2016 to replace the late justice Antonin Scalia, Senate Majority Leader Mitch McConnell never allowed a vote in the upper chamber on his nomination before Justice Neil Gorsuch ultimately took the seat in 2017.

“Our first-rate nominees to lead the Justice Department are eminently qualified, embody character and judgment that is beyond reproach, and have devoted their careers to serving the American people with honor and integrity,” Biden said in a statement.

“They will restore the independence of the Department so it serves the interests of the people not a presidency, rebuild public trust in the rule of law, and work tirelessly to ensure a more fair and equitable justice system,” he continued.

Clarke, an African-American woman whose parents immigrated to the US from Jamaica, is the president of the Lawyers’ Committee for Civil Rights Under Law, after she headed the Civil Rights bureau of the New York Department of Law.

Gupta is the president and CEO of civil rights coalition Leadership Conference on Civil and Human Rights.

Monaco was the Homeland Security adviser to Obama between March 2013 – January 2017 after she served as the assistant attorney general for the National Security Division from 2011 to 2013.

Biden and Vice President-elect Kamala Harris are expected to introduce the nominees during an event scheduled later Thursday, according to the transition team.

Pompeo flies to Sudan on 1st direct flight from Israel