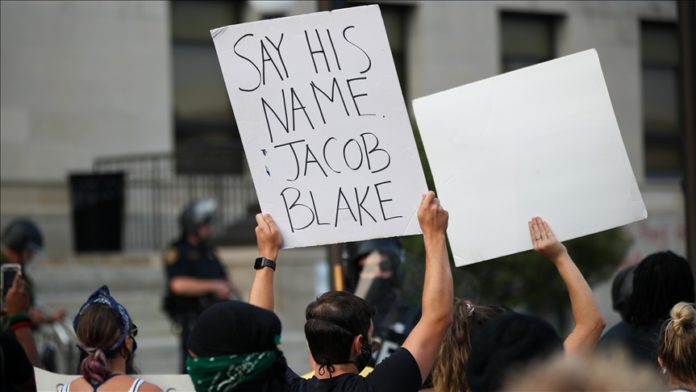 The American basketball world expressed discontent over the Kenosha attorney’s decision to not file charges against a white police officer who shot a Black man, Jacob Blake in Wisconsin in late August.

Los Angeles Lakers star LeBron James called the decision a “blow to the heart and to the gut,” while NBA team Milwaukee Bucks said they will continue to push for policy change to block excessive use of force by law enforcement.

“So much more that’s even more important than us playing a game. To hear what happened in Kenosha today was a blow to the heart and to the gut, not only to that community, but to us and to every Black person that has been a part of this process, seeing these outcomes for so long,” James said Tuesday after his team match against the Memphis Grizzlies.

“The Bucks organization remains firmly against excessive use of force by law enforcement,” the Bucks said Tuesday in a Twitter statement. “This past year shed light on the ongoing racial injustices facing our African American and other marginalized communities. Reoccurring instances of excessive use of force and immediate escalation when engaging the Black community must stop.

“We will continue to work to enact policy change so these incidents no longer exist. As an organization, we remain strongly committed to address issues of social injustice and anti-racism and to make meaningful change for African Americans and all marginalized members of our community,” the team added.

Marquette also stated on Twitter, saying they are “extremely disappointed in the decision involving Jacob’s shooting” and they will continue to fight against racial justice.

“This is another reminder that just because racial and social injustice hasn’t received as much attention recently, doesn’t mean the need to fight against it has gone away,” the team added.

Those reactions came hours after Kenosha County District Attorney Michael Graveley said Tuesday that no charges will be filed against the police officer, as well as Blake.

Blake was shot in the back seven times by Rusten Shesky during an attempted arrest on Aug. 23 in Kenosha, Wisconsin, leaving him partially paralyzed.

Police officers opened fire on Blake as he opened the driver’s side door of an SUV and began to enter the vehicle with his back facing the two officers.