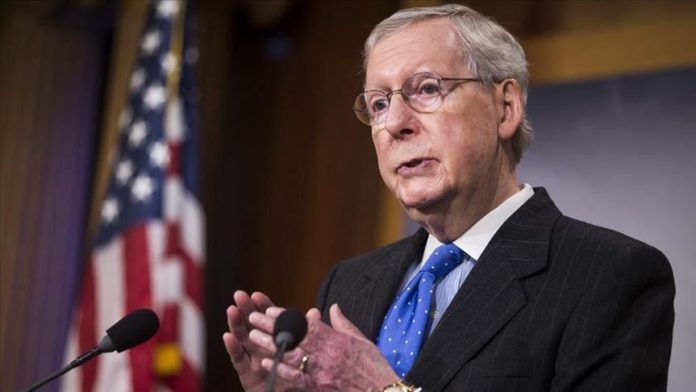 “We’ll be voting to confirm Justice-to-be Barrett next Monday,” McConnell said at a news conference. “I think that will be another signature accomplishment in our effort to put on the courts, the federal courts, men and women who believe in the quaint notion that maybe the job of a judge is to actually follow the law.”

Republicans have a 53-vote majority in the Senate that can confirm Barrett to fill the seat of late Supreme Court Justice Ruth Bader Ginsburg.

Her confirmation would cement a decidedly conservative 6-3 majority on America’s top court.

She would be US President Donald Trump’s third nominee to be confirmed following Justices Neil Gorsuch and Brett Kavanaugh.

Turkey: Over 8.8M passengers use airline in October