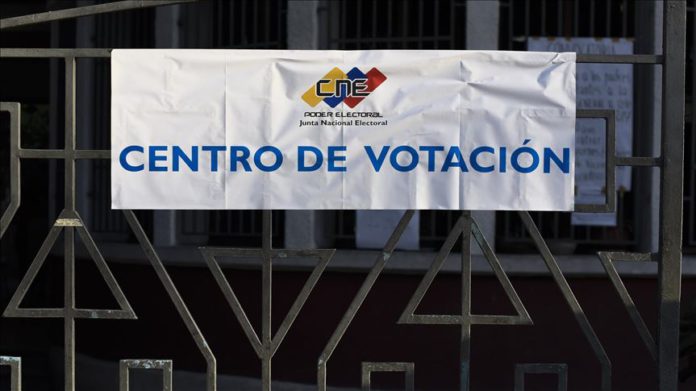 The US virtual embassy for Venezuela on Monday “applauded” a decision by a coalition of 27 opposition political parties led by Juan Guaido not to participate in congressional elections scheduled for Dec. 6.

“The United States applauds the statement made by 27 valiant Venezuelan political parties on Aug. 2 regarding Venezuela’s democracy,” the announcement said.

“Venezuela’s democracy will not be intimidated. We urge other countries that value and honor human rights and citizens’ right to participate in their governance to stand with Interim President Juan Guaido and the vast majority of Venezuelans who have struggled for years to restore democracy and liberty to Venezuela.”

The opposition parties said in a statement published on the National Assembly’s website that their participation in the elections would mean “collaborating with the strategy of the dictatorship.”

“The democratic political organizations of Venezuela manifest to the Venezuelan people and the international community that, in a unanimous manner, we decided not to participate in the electoral fraud called for by the Maduro regime.”

Venezuela “deserves free, democratic and transparent elections,” the 27 parties wrote in the statement.

President Nicolas Maduro has not responded to the opposition’s decision but has called Guaido a US-backed puppet seeking to oust him and accused the opposition of not wanting to participate in the upcoming vote because it knows it is going to lose.

On July 1, Venezuela authorities announced they will hold legislative elections on Dec. 6 to determine control of the National Assembly led by Guaido.

Maduro has urged voters to turn out in large numbers and has said election officials assured him they will take measures to ensure a safe voting process amid the ongoing coronavirus pandemic.

However, opposition leaders said they will not participate unless there are qualified national and international observers overseeing the voting process.

“We will fight together to choose the fate of our country,” Guaido tweeted Sunday. “Now we must mobilize our majority that desires to live with dignity. Together we’re going to beat the regime!”

Oil prices down over unexpected rise in US crude