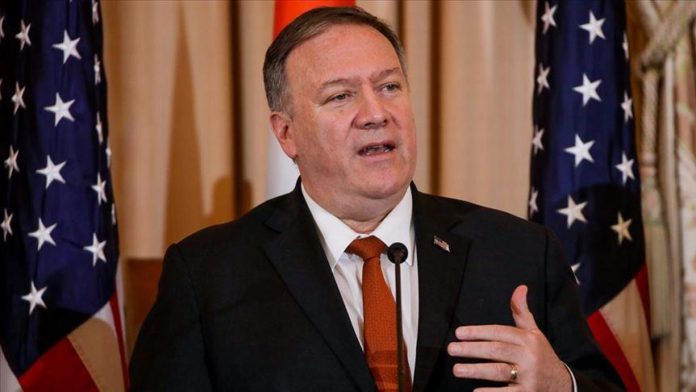 The US on Tuesday voiced support for a referendum by Venezuela’s opposition leader following the Dec. 6 parliamentary elections, in which President Nicolas Maduro regained the power of the National Assembly.

“The United States continues to support Interim President Juan Guaido, the National Assembly, and the Venezuelan people in their struggle to restore democracy in their country,” Secretary of State Mike Pompeo said in a statement. “From December 7 to 12, the Venezuelan people will have the opportunity to voice their opinion of the illegitimate Maduro regime through the Consulta Popular, or People’s Vote. “

“It is an opportunity to voice their support for a transition to democracy in Venezuela and reject the regime’s fraudulent legislative elections,” he added.

The top diplomat accused the Maduro government of reducing the Venezuelan electoral process “to a farce.”

Venezuela’s National Electoral Council announced Monday that Maduro regained control of the opposition-led Assembly in Sunday’s elections as his party PSUV’s bloc received 67.6% of votes — in an election boycotted by the main opposition parties.

Then Guaido’s opposition movement started a referendum that is set to be closed on Saturday, asking Venezuelans whether they want to end Maduro’s rule and hold new presidential elections.