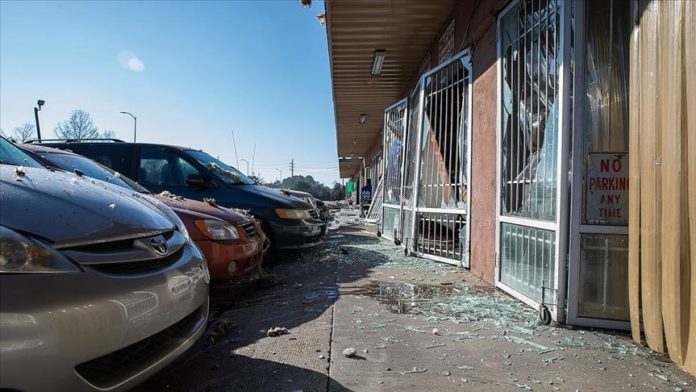 The man behind the Christmas Day bombing in the city of Nashville blew himself up in the explosion, the US attorney for the Middle District of Tennessee said Sunday.

“We’ve come to the conclusion that an individual named Anthony Warner is the bomber. He was present when the bomb went off. He perished in the bombing,” Don Cochran told reporters in a press briefing.

The DNA taken from the scene was matched to Warner, 63, by forensic officials, according to Tennessee Bureau of Investigation Director David Rausch.

The officials said they were investigating the motive behind the explosion, which injured three people and damaged at least 20 buildings.

Earlier in the day, Fox News cited two sources who said they believed the parked white recreational vehicle (RV) that exploded was owned by Warner.

Before the explosion in front of an AT&T transmission building in downtown Nashville, the RV was playing a recorded message: “If you can hear this message, evacuate now,” saying a bomb would detonate within 15 minutes, according to the police, while playing the well-known Petula Clark song Downtown.​​​​​​​