TurkishPress
Home Americas US & Canada US: Anger in Atlanta over fatal shooting of black man 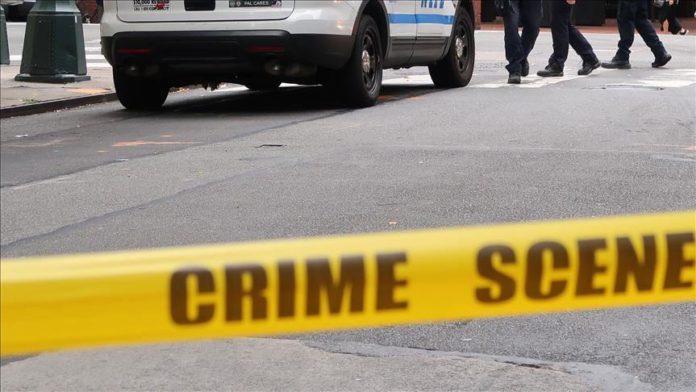 As nationwide protests slowed in the death of George Floyd, anger again erupted Saturday in the US over the fatal shooting of another black man.

Brooks struggled with officers who were responding to complaints he was sleeping in the drive-thru of the restaurant, according to a Georgia Bureau of Investigation statement.

An officer pulled his Taser that Brooks managed to grab, after which an officer shot him.

Crowds began to gather at the site around noon Saturday but by night a massive crowd amassed near Interstate 75/85, which disrupted traffic. Footage on social media showed cars backed up because of the protests.

Protesters set fire to the Wendy’s where Brooks was killed. Local reports said a group also set fire to vehicles near the fast-food restaurant.

Bottoms called for an “immediate termination” of the officer who killed Brooks.

“Chief Shields has offered to immediately step aside as police chief so that the city may move forward with urgency in rebuilding the trust so desperately needed throughout our communities,” said the mayor.

Protests nationwide have continued for more than two weeks in response to Floyd’s May 25 death.

He died in police custody after a white Minneapolis, Minnesota police officer knelt on his neck while he was pinned on the ground for 8 minutes and 46 seconds. The since-fired officer held the position even after Floyd appeared to lose consciousness.

Derek Chauvin was charged with second-degree murder and manslaughter, and the three other officers at the scene have been charged with aiding and abetting.

OPINION – US keeps complicit silence on Cuban Embassy attack in...