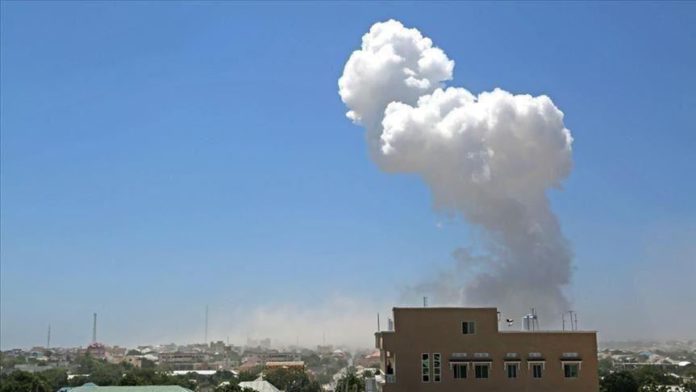 Haweeyo Ugbad, a mother of two from the town of Jilib south of Mogadishu in the Middle Juba region close to the Kenya-Somali border, witnessed a neighbor’s house being flattened by a US airstrike.

“I was at home feeding my youngest baby, I will never forget the sound of terror that came raining on us killing a young woman known by many as a charming and hardworking person,” Ugbad told Anadolu Agency.

“Many journalists have interviewed me on this and I keep on reliving that moment. She was an innocent girl who lost her life due to American bombs targeting al-Shabaab [Somali-based al-Qaeda affiliated group],” she added.

“You, as a hardworking citizen supporting the government and their partners fighting the deadly al-Shabaab … what would you do if your innocent daughter, whom you have brought up and educated to change the country, was killed?”

Ugbad said such attacks on innocent civilians were what al-Shabaab militants would go around and use to recruit families who are in pain after their loved ones “who have never harmed even an animal…not even a fly, are blown up…not by terrorists, but by American bombs, you as a parent, as a brother, neighbor or sister, you will never forget this pain”.

In the Janaale region of Somalia, farmer Cabdi Geedi voiced the same sentiments alleging that 11 people he knew were killed in a US airstrike.

He said 10 unarmed farmers and a young child were killed in their sleep by an airstrike in 2019, adding: “They are not from al-Shabaab, because even local authorities told us that the bombs can be examined and identified where they came from”.

“We are just farmers, we don’t know how to fight, apart from fighting the sand and soil so that we can get food, these airstrikes are leaving innocent blood, pain, and orphans all over Somalia”.

Regional offices of the Human Rights Watch (HRW) in the Kenyan capital Nairobi on Tuesday released a report saying that airstrikes in Somalia are killing civilians, with inadequate investigations into the attacks claiming civilian lives.

“US forces have not adequately investigated a Feb. 2 strike killing one woman at her home, and a March 10 attack that killed five men and a child in a minibus,” the HRW said, noting that in both cases it found no evidence of a military target involving the Islamist armed group al-Shabaab.

Laetitia Bader, the Horn of Africa director of the HRW said on Tuesday: ”The US military has not seriously investigated two recent airstrikes in Somalia in which civilians were killed and wounded in apparent violation of the laws of war”.

“Reaching out to civilians seeking redress is not only the right thing to do, it will also help make its civilian casualty assessments more accurate”.

The HRW said the US Africa Command’s (AFRICOM) previous investigations of airstrikes appear to have been inadequate relying on third parties, including traditional, social media and nongovernmental organizations.

“AFRICOM seems determined not to uncover whether its airstrikes killed civilians or violated the laws of war. The military chain of command should recognize that not only does it have a legal obligation to investigate, but that basic decency toward the families of those harmed means providing financial assistance and an apology, not silence,” Bader said.

On April 28 in a rare admission, the US admitted killing two civilians during their operations in Somalia, regretting the deaths and injuries caused by an airstrike in 2019, rights groups in the Horn of Africa country say, adding that the number of civilian fatalities could be higher.

The US has been involved in military operations against al-Shabaab in Somalia since at least 2007. Airstrikes have risen since early 2017. The US military said it conducted 63 strikes in 2019 and at least 40 during the first five months of this year.