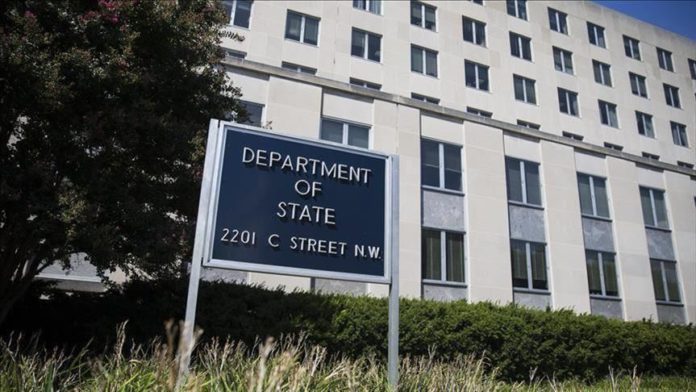 The US announced Thursday it began to take additional measures to withdraw from the World Health Organization (WHO), reallocating funds and staff from the global health authority.

State Department spokeswoman Morgan Ortagus said “the next steps” include the “redirection of American resources” following US President Donald Trump’s announcement of an exit in May.

Funds that were supposed to be appropriated to the WHO by the end of the fiscal year that concludes in September will instead be given to other UN organizations.

“In addition, through July 2021, the United States will scale down its engagement with the WHO, to include recalling the Department of Health and Human Services (HHS) detailees from WHO headquarters, regional offices, and country offices, and reassigning these experts,” Ortagus said in a statement.

“U.S. participation in WHO technical meetings and events will be determined on a case-by-case basis,” she added.

The Trump administration has long-charged the WHO of being controlled by China amid the coronavirus pandemic that has led to 863,000 deaths worldwide, with one-in-five occurring in the US.

In announcing the US withdrawal, Trump said he is taking the action “because they have failed to make the requested and greatly needed reforms” after the US president paused Washington’s funding because of concerns that the global health body mishandled the response to the coronavirus outbreak.

“We will be today terminating our relationship with the World Health Organization, and redirecting those funds to other world-wide and deserving urgent global public health needs,” he said in May.

Secretary of State Mike Pompeo mentioned the WHO’s failure to take the reforms Washington has been seeking, saying it has not adopted the demanded measures “starting with demonstrating its independence from the Chinese Communist Party.”

“We’ll scale down our engagement with the @WHO to include reprogramming funds and reassigning our @HHSGov and @CDCgov experts. We’ll identify alternative implementing partners and provide targeted funding to safeguard the health and safety of Americans and save lives globally,” he said on Twitter, also noting the reassignment of the US’s Centers for Disease Control and Prevention (CDC) staff.