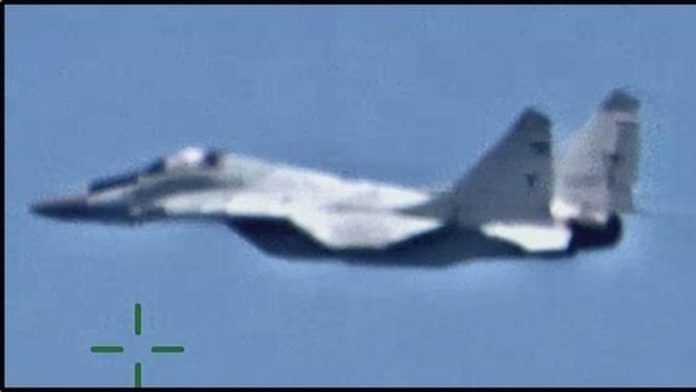 The US accused Russia on Tuesday of carrying out an “unsafe and unprofessional” intercept of a Navy plane in the Mediterranean Sea.

The P-8A Maritime Patrol and Reconnaissance Aircraft was flying in the eastern Mediterranean above international waters when it was intercepted by two Russian Su-35 fighter jets for over an hour, the US Sixth Fleet said in a statement.

“The intercept was determined to be unsafe and unprofessional due to the Russian pilots taking close station on each wing of the P-8A simultaneously, restricting the P-8A’s ability to safely maneuver,” it said.

The Navy called the pilots’ actions “unnecessary” and accused them of being “inconsistent with good airmanship and international flight rules” and in so doing jeopardized their safety.

“Actions‎ like these increase the potential for midair collisions,” it added.

The incident on Tuesday marked the third such incident in the past two months, according to the Navy. Two other intercepts were recorded in April in the same area.

Trump suspends legal immigration to US for 60 days