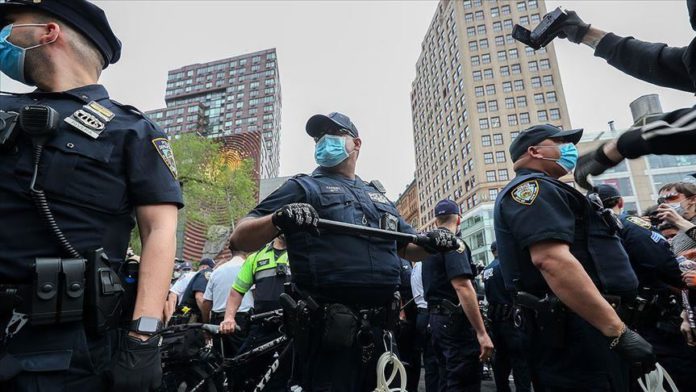 Eight people were arrested during public protests in Lancaster County in the state of Pennsylvania on Monday, a day after a police officer shot and killed a 27-year-old man.

It said it was investigating whether the force used by police was justified and if a crime had occurred, adding that when the officer came to the front of the residence, Munoz “immediately emerged from inside and ran toward the officer, brandishing a knife above his head, in clear view, in a threatening manner,” according to footage from the firing officer’s body camera.

“A police-involved shooting has significant impact on a community, as we are seeing with the large number of individuals gathering in the streets,” District Attorney Heather Adams said in the statement. “However, I am asking that all reaction be tempered as the investigation is ongoing.”

Following the shooting, however, demonstrators flooded the streets of Lancaster to protest against police brutality and racism, which have gripped the US for months.

After more than 100 protesters gathered on an access ramp outside the police station, police said they had arrested eight individuals who caused damage to the police station, a parked vehicle and a US Post Office building, in addition to damaging street signs and trash cans.

The officer who shot Munoz was placed on administrative leave, the mayor’s office said in a statement, calling it “a heartbreaking day for our city.”

“I grieve for the loss of life and know that there are more questions to be answered as the investigation continues,” Mayor Danene Sorace said in the statement.

Munoz’s family told local media that he was suffering from mental issues but the police ”didn’t have to kill him.”

In the US city of Portland in the state of Oregon, protests continued for more than three months since the May 25 killing of Black man George Floyd in the city of Minneapolis, Minnesota, while in police custody.

However, a recent poll showed that a majority of respondents viewed the protests in Portland as “mostly violent” and “not achieving positive results,” according to a survey conducted by the Portland-based DHM Research on 502 voters on Sept. 3-8.

Another three-month study by Princeton University on the Black Lives Matter protests shows that more than 93% of all demonstrations connected to the movement did not involve any violence or destructive activity, as peaceful protests were reported in over 2,400 separate locations across the US.

Violent demonstrations, on the other hand, have been limited to fewer than 220 locations, according to the study.