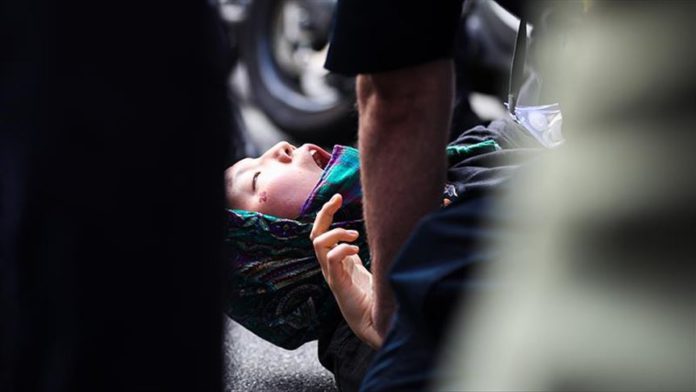 At least seven people were injured by gunfire in Louisville, Kentucky during protests to demand justice for the death of Breonna Taylor, a black woman killed in police raid in March.

Hundreds took to the streets of Louisville Thursday night to demand conviction of police officers involved in the killing of 26-year-old Taylor on March 13.

The Louisville Police Department said in a statement to CBS News that at least one person in critical condition following the incident on Thursday night.

The department also said there have been some arrests.

Taylor, an emergency medical technician, shot and killed by police during a no-knock search warrant for a drug investigation while she was asleep.

Demands of protesters in Kentucky are similar to those in Minneapolis, all seeking justice for brutal killings of unarmed black citizens by the US police.

Floyd, 46, appeared to lose his consciousness, but the officer maintained his position on the victim.

His pulse was checked about three minutes after he stopped gasping for air while the officer continued to press his knee on Floyd’s neck, but it is unclear from the video what the assessment was at that point. He was then loaded on to a stretcher and moved into an ambulance.

He did not appear to be conscious and died shortly after being taken to a hospital.

US elections: Biden to give prime-time address

New round of Syria talks seeks August start in Geneva