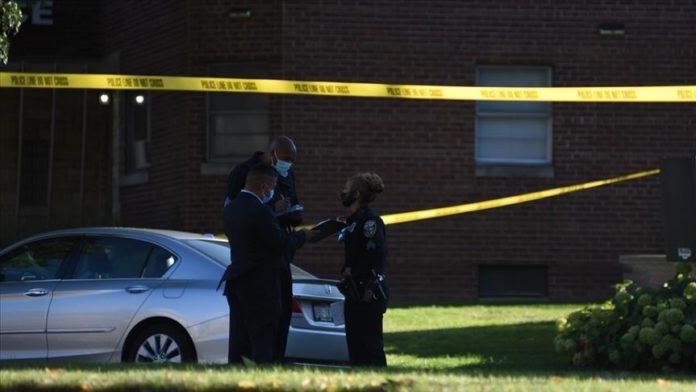 About 40 protesters have been arrested for violating a curfew that was imposed after a police officer in the US state of Minnesota killed a Black man, police said Tuesday.

Arrests have been made for “curfew violations all the way to riot,” Minnesota State Patrol Col. Matt Langer said in a briefing.

Protests erupted in the state, after female police officer Kim Potter fatally shot a 20-year-old driver, Daunte Wright, in Minneapolis city on Sunday. Following the clashes between demonstrators and police, an emergency curfew was imposed from 7 p.m. (0000GMT) to 6 a.m. (1100GMT).

Potter is on standard administrative leave, the Minnesota Department of Public Safety Bureau of Criminal Apprehension said in a statement late Monday.

Meanwhile, Mayor Mike Elliott fired the Brooklyn Center city manager after a call for due process for the police officer.

“Effective immediately our city manager has been relieved of his duties, and the deputy city manager will be assuming his duties moving forward,” Elliott said on Twitter. “I will continue to work my hardest to ensure good leadership at all levels of our city government.”

Wright’s killing came as white former police officer Derek Chauvin faces a charge of third-degree murder for the killing of George Floyd, a Black man, during the fatal arrest in May 2020.

US President Joe Biden urged for calm late Monday. The killing of Wright has been ruled a homicide, medical examiner’s office said.