TurkishPress
Home News US: 3 Republican senators refuse to side with Trump 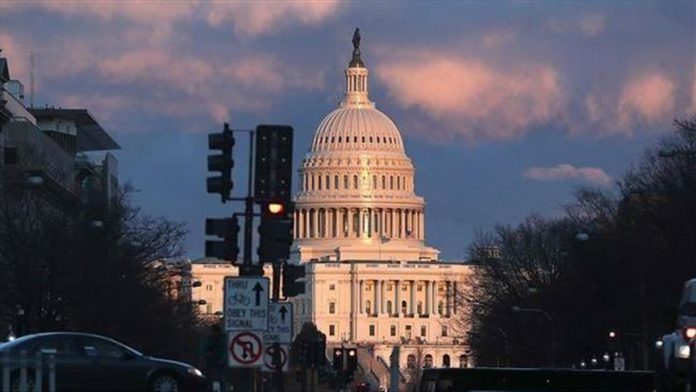 Senators Kevin Cramer and John Hoeven from North Dakota and Shelly Moore Capito from West Virginia, said Monday they would not support challenges, unlike a large group of Republicans in the House of Representatives who said they would present a challenge during Wednesday’s joint session of Congress where electoral votes will be officially counted.

“I do not plan to object,” Hoeven said in a statement. “The courts, not Congress, are responsible for resolving any electoral disputes and any irregularities should be adjudicated through the courts. This is what the Constitution outlines and that is how we should proceed.”

Kramer said he would not object to the Electoral College votes “unless overwhelmingly persuasive evidence is presented before the Senate when we debate the objections.”

And Capito said the presidential election is over and she recognizes the individual chosen by the American people to be the president of the US.

Despite Biden’s victory, President Donald Trump has refused to concede and has spent the last two months challenging the result, in addition to a recent attempt to put pressure on an official from the southern state of Georgia to find votes to overturn the results.

More than 140 Republican members of the House are expected to challenge the official counting of the Nov. 3 election, despite Senate Majority Leader Mitch McConnell and Senate Majority Whip John Thune asking Republicans not to do it.

The challenge was initially raised by Sen. Josh Hawley from Missouri, a close ally of Trump, when he became the first lawmaker to publicly state Dec. 30 that he would object to certifying Biden’s win.

Hawley said a group he called “Antifa scumbags,” threatened his wife and newborn daughter late Monday at his home in Washington, D.C., while he was at his home state of Missouri.

“Tonight while I was in Missouri, Antifa scumbags came to our place in DC and threatened my wife and newborn daughter, who can’t travel,” he wrote on Twitter. “They screamed threats, vandalized, and tried to pound open our door. Let me be clear: My family & I will not be intimidated by left-wing violence.”

Despite holding the leftist Antifa movement responsible, the group that visited his house belonged to the ShutDownDC movement, which describes itself as using “strategic direct action to advance justice and hold officials accountable,” according to its website.

ShutDownDC admitted members visited Hawley’s house for 30 minutes and shared pictures on Twitter of signs and candles they placed in the yard. “We sang songs, chanted and shared our stories. A small group of people delivered a copy of the constitution to his door,” it said on Twitter

“It’s disappointing that Senator Hawley, an member of what presents itself as the greatest deliberative body in the world, would resort to calling us ‘scumbags’. But if he must. We’re happy to call him a snowflake,” it added.