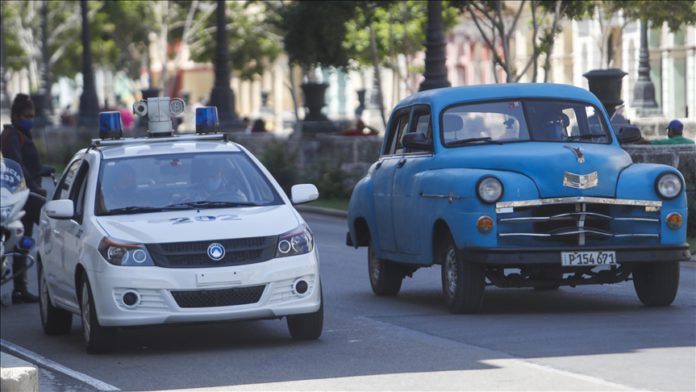 The US and 20 other nations condemned on Monday Cuba’s arrest of pro-democracy demonstrators, and urged Havana to “to respect the legally guaranteed rights and freedoms of the Cuban people.”

“We urge the Cuban government to release those detained for exercising their rights to peaceful protest,” a joint statement said.

“We call for press freedom and for the full restoration of Internet access, which allows economies and societies to thrive. We urge the Cuban government to heed the voices and demands of the Cuban people,” it added.

The US was joined by 20 countries, including South Korea, Greece, Israel, Austria and Ukraine.

Thousands of people took to the streets on July 11 in cities and towns across the country to protest shortages of food, fuel and medicine as well as power outages amid an economic crisis. The protests are the largest upheaval to have erupted on the island in decades.

Secretary of State Antony Blinken said the Cuban government responded to the demonstrations “not by recognizing the voices of its own people, but by further stifling those voices through arbitrary detentions and secret summary trials lacking due process guarantees.”

“The United States and the international community will continue to provide support to the Cuban people as they seek to exercise those universal human rights and freedoms to which all individuals are entitled,” added Blinken.