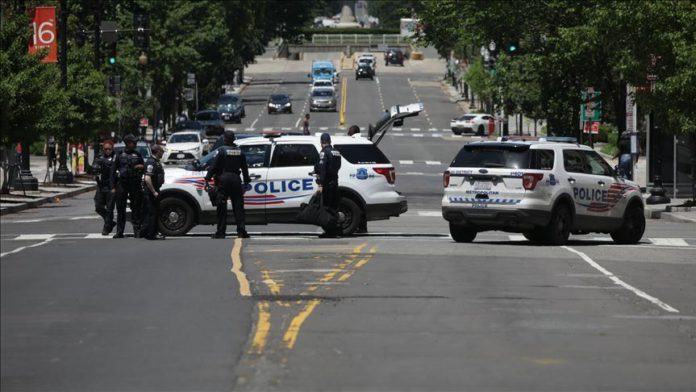 Two police officers in upstate New York were suspended without pay after a video showed them knocking down a 75-year-old white protester, the mayor of the city of Buffalo has said.

Byron Brown said on Twitter late Thursday that he was “deeply disturbed” by the video, and added: “After days of peaceful protests and several meetings between myself, Police leadership and members of the community, tonight’s event is disheartening.”

Brown said the protester is in serious condition at a hospital, but did not share the identity of the protester, or the police officers.

The incident occurred during curfew hours, the mayor noted.

In the video posted by the local National Public Radio WBFO, an elderly man can be seen approaching a group of police officers.

Then one police officer appears to be pushing him after other officers, and yelling: “Move! Push him back!” while the man stumbles and falls backwards, and within seconds a pool of blood can be seen under his head.

Many states imposed curfews to gain control after some protests over the death of George Floyd turned violent.

Floyd, 46, died last week in the state of Minnesota when a police officer knelt on his neck for nearly nine minutes.

His last words “I can’t breathe” became a slogan for nationwide protests.