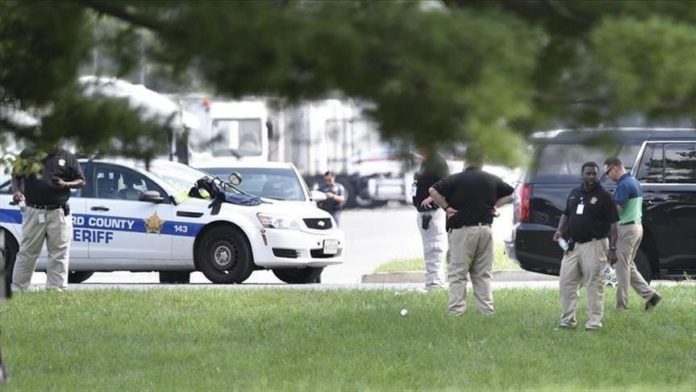 Two more police officers will be fired in the killing earlier this year of Breonna Taylor, a 26-year-old African-American woman, in her Louisville, Kentucky apartment, according to local reports on Tuesday.

Attorneys for Myles Cosgrove and Joshua Jaynes confirmed to WFPL, a local radio station, that both detectives have received their pre-termination documents from the Louisville Metro Police Department.

Thomas Clay, a lawyer for Jaynes, said he will contest the action in a pre-termination hearing set on Thursday, but added he is “not optimistic” about the police department changing its mind.

While Jaynes was not present at the March 13 raid on Taylor’s apartment, he was responsible for obtaining the warrant, which was based on Taylor’s ex-boyfriend Kenneth Walker, a drug suspect, receiving packages at her address.

Cosgrove was one of the three white plainclothes police officers who forced entry into Taylor’s apartment around 1 a.m. local time as part of a drug investigation when Walker fired warning shots at them, thinking the officers were intruders.

Walker, who says he did not hear any warning from the police before entry, shot Officer Jonathan Mattingly in the leg. Officers fired 32 shots in return, six of them hitting Taylor, who was later pronounced dead at the scene.

While FBI lab results showed Cosgrove fatally hit Taylor, Walker was not hurt in the raid.

The third officer, Detective Brett Hankison, was fired in June by the Louisville Metro Police Department, which said in a statement that Hankison “displayed an extreme indifference to the value of human life” and that he “wantonly and blindly fired 10 rounds” into Taylor’s apartment.