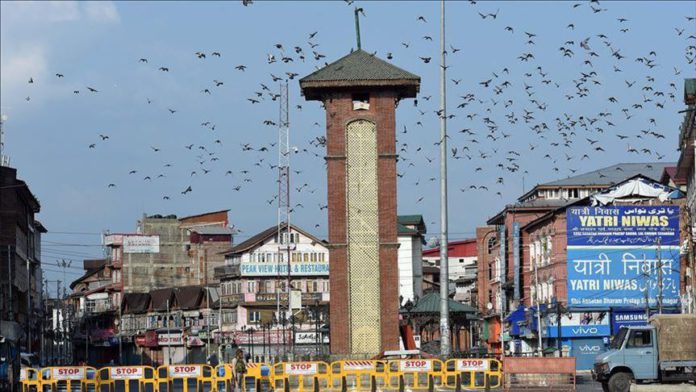 The Indian government on Wednesday announced that Kashmir will now have five official languages, ending Urdu’s 131-year reign as the only official language of the ethnically diverse and politically fraught region.

Last year in August, when India scrapped the semi-autonomous status of Jammu and Kashmir and divided it into two union territories, media reports suggested that days of Urdu as the only official language were numbered. Urdu in India is largely associated with Muslims and the Hindu rightwing has for long been pushing Hindi as a national language, a move resisted by several Indian states.

India’s Information Minister Prakash Javadekar told reporters in New Delhi that introduction of Urdu, English, Hindi, Kashmiri and Dogri as official languages of the region was made “on public demand”.

Jitendra Singh, a minister in the Prime Minister’s Office who hails from Jammu and Kashmir, tweeted that the inclusion of Dogri, Hindi and Kashmiri as official languages was “not only fulfillment of a long pending public demand, but also in keeping with the spirit of equality ushered after Aug. 5, 2019”.

In the undivided Jammu and Kashmir state, various ethnicities spoke Kashmiri, Pahari, Gojri, Ladakhi, Dogri, Balti and Punjabi as their mother tongues. Urdu and Hindi had become a means for inter-community communication. In 1889, Maharaja Pratap Singh, the third ruler of the Hindu Dogra dynasty, replaced Persian with Urdu as the court language.

Renowned Kashmiri journalist Yusuf Jameel told Anadolu Agency that Urdu had already been “relegated to the corner” over the years.

“Not much was being done for its promotion anyway. Today’s decision will further undermine it,” he said.

According to Rafiq Dar, who teaches Urdu in a private school in Srinagar, the decision is “consistent with the constitutional changes made on Aug. 5 last year”.

“Those changes were aimed at dismantling everything that came to be associated with the special status of Jammu and Kashmir, like our separate flag and constitution. Urdu as the official language was one of those symbols,” he said.

Indonesia may buy submarines from Turkey or Germany