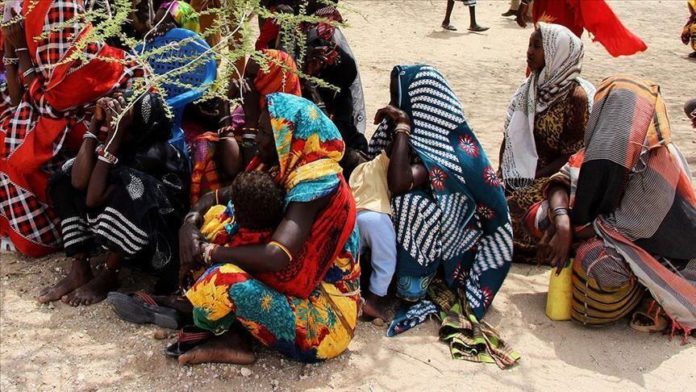 Over the past one decade female farmers in landlocked southern African country Zimbabwe’s urban landscape are not only bridging gaps in food security but bringing additional incomes to their families.

When Denis Chihota, working as a messenger in one of the government departments in the capital Harare, was unable to earn enough to attend to the family with six children, his 47-year-old wife Madeline ventured into farming.

Even as growing crops in the middle of cities remains illegal, Madeline has harvested four tons of maize on the patches of land around her home, despite rough weather and little rain this year. She says that her endeavor in farming not only defeated hunger but has also supplemented the income of her family.

“I earn 2,800, Zimbabwean dollars [$34]. I thank my wife for the job she is doing by raising crops on the small fields. She is bringing much more food on the table than I do,” her husband told Anadolu Agency.

According to a report published by the Zimbabwe Vulnerability Assessment Committee (ZimVAC), over 2.2 million people in Zimbabwean cities and towns are facing food insecurity. The UN’s World Food Program (WFP) has scaled up its urban assistance program to deliver monthly cash transfers to at least 550,000 Zimbabweans in 20 of the country’s most food-insecure urban areas.

In June this year, the US Agency for International Development (USAID) extended $10 million aid to families in urban areas struggling to meet their daily food needs due to the impacts of COVID-19.

Even as food aid trickles in for desperate city dwellers, Zimbabwe’s urban women farmers like Madeline have become a big hit as they not only address food deficits but have also contributed to the country’s comatose economy.

“It is all because they see their men struggling to make both ends meet that women in cities and towns here occupied available land spaces to plant crops to supplement their domestic food needs,” said Bheki Dlodlo, an independent development expert based in Harare.

Catherine Mukwapati, a noted women rights defender who heads the Youth Dialogue Action Network, estimated that there are 230,000 women across the country’s towns and cities involved in urban agriculture.

“Like any other citizens, you would find that women also come to the cities with high hopes of getting employment as they join their husbands or relatives. But they do not get any and at the end of the day, some switch to farming. They sell their products and even provide food for their families,” he said.

“There is a food crisis in the cities. As women, we cannot just sit and watch whether we are in town or the village. We just have to do what we can to make sure there is food in our homes,” said Madeline, while walking away with a basket of maize that she has grown around her home.