TurkishPress
Home National Politics ‘Unthinkable for Turkey to give up Aegean, East Med’ 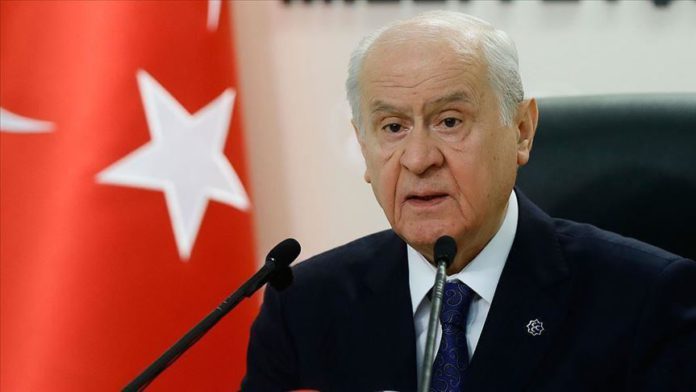 It is unthinkable for Turkey to give up its “historical interests” in the Mediterranean and Aegean seas, the head of a Turkish political party said on Saturday.

Greece is playing with fire and is being spurred on by France, Devlet Bahceli, leader of the Nationalist Movement Party (MHP), said in a written statement.

He said all the countries sitting at the gambling table are familiar with each other and are trying to bet on the winner.

Do not come close to a fire that will burn you, Bahceli warned the nations stoking tensions in the Eastern Mediterranean.

His remarks are an extension of Ankara’s strong stance against Greece and other countries that are trying to box in Turkey’s maritime territory and energy exploration rights in the region.

Turkey – the country with the longest coastline in the Mediterranean – has sent out drill ships to explore for energy reserves on its continental shelf, saying that Ankara and the Turkish Republic of Northern Cyprus (TRNC) have rights in the region.

Ankara has also said that reserves near the island of Cyprus must be shared fairly between the TRNC – which has issued Turkish state oil company Turkish Petroleum a license – and the Greek Cypriot administration of Southern Cyprus.