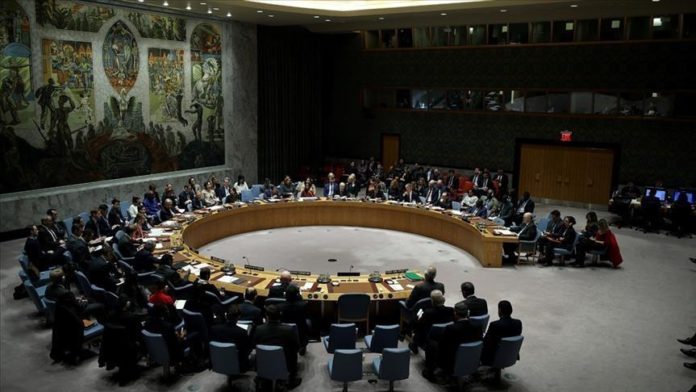 While recalling what they described as a “significant progress” made during the past ten years in Somalia, including “security provision, democracy, political reforms, and economic development, in particular debt relief,” the members of the UNSC stressed that ongoing disagreement among political leaders over the electoral model “is not only undoing this hard-earned progress, but is also diverting attention from pressing problems, such as floods, drought, desert locusts, the COVID-19 pandemic and combating the terrorist threat of Al-Shabaab.”

The UNSC members urged Somali leaders to “recognize and build upon the many areas of agreement already reached, to resolve their remaining differences and to put the interests of the people of Somalia first, within a Somali-owned, Somali-led electoral process, and with an agreed timetable, as soon as possible.”

The UNSC statement came after the latest round of talks between the Somali central government and regional leaders ended without an election agreement.

Somali leaders failed to agree on the election issues and the latest talks between the federal government, five regional leaders and the mayor of Mogadishu ended without any agreement earlier in April.

Somalia’s parliament voted on April 12 to extend the mandate of the president and federal government by two years in a bid to end a political stalemate over national elections.

On April 8, Somalia’s former Prime Minister Omar Abdirashid Ali Sharmarke said the government was creating frustration so that it can rush with an extension of the mandate.

“The intent to frustrate the talks will only contribute to instability and fragmentation. Such actions must be held to account before the situation escalates further,” he said.

The Horn of Africa country has seen political and election stalemate after the current president’s mandate expired on Feb. 8 and opposition leaders announced that they do not recognize him as president.

COVID-19: US donates 200 ventilators to Nigeria