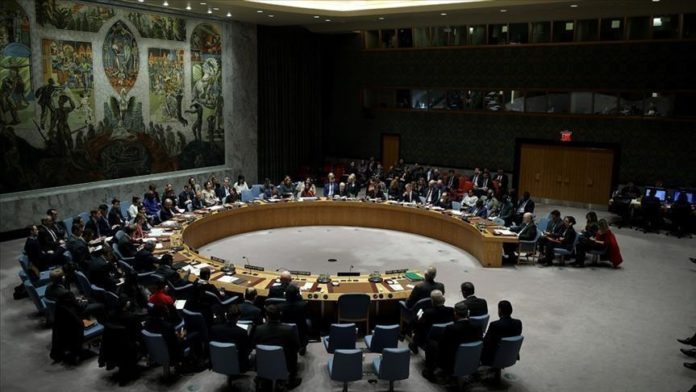 As the UN Security Council marks the 76th anniversary of its first session, discussions on reforming the governmental body continue among many countries.

A prominent Turkish expert pointed to the inequalities within the Security Council in terms of representation.

Prof. Ferhat Pirincci, an international relations and foreign policy expert at Uludag University, told Anadolu Agency that the world is facing “very different balances than the conjunctures” that led to the UNSC’s establishment in 1945 as a whole.

Saying that the UNSC “was a system largely designed by the victors” of World War II, Pirincci stressed that there are “serious inequalities in terms of representation” within it.

The body has 15 members, five of which are permanent, and 10 rotating non-permanent members with two-year terms each.

In September 2021, veteran Turkish diplomat and politician Volkan Bozkir, who was the president of the 75th session of the UN General Assembly (UNGA), during his final press conference said “the preventive tools and mechanisms available with the UN are in desperate need of review.”

“The UN cannot be a follower of crises. It must be a preventive body. It must deliver earlier action to prevent, or prepare for, crises in the first place,” Bozkir added.

In that respect, Pirincci also stressed that the UN currently is “far from producing solutions at the moment and becomes the problem itself with its unresponsiveness from time to time.”

Noting that the international system, in general, is experiencing a “major transformation,” the prominent Turkish expert said steps towards maintaining global peace or generating solutions to problems are not possible if the UN does not comprehend the current dynamics of the world, which are different than those of World War II.

Elaborating on the “inequalities in representation” as one of the basic issues at the UNSC, Pirincci said “in the case of religious representation, we do not see a Muslim country as a permanent member. In the case of geography, we do not see a permanent member from the African continent, which is home to 54 states…Beyond this injustice, the UN is no longer able to answer current issues.”

As the COVID-19 pandemic continues to affect the lives of millions globally, Pirincci said the UNSC was unable to include the issue on its main agenda within the first six months of the outbreak.

Over 5.5 million people have lost their lives due to the coronavirus pandemic since it started in December 2019, according to US-based Johns Hopkins University.

“On the other hand, regarding the issue of migration or irregular migration, the UN could not generate any effective solution. Another everlasting issue is the Palestinian matter. Even though the UNSC has adopted resolutions many times, such as Resolutions 242 and 338, it has not been successful in terms of the implementation of these resolutions,” he said.

He further listed the ongoing Syria crisis, as well as the Yemen crisis, saying the UNSC remains passive in taking steps towards a solution.

“This system needs to change. At the very least, it needs to be reformed, in the most realistic sense,” he added.

Elaborating on ways to reform the international body, Pirincci noted that the UN General Assembly is a platform where all states can make their voice be heard, so expanding the powers of the platform is needed along with reform in the UNSC.

The Turkish academic continued by saying that the permanent membership status in the UNSC must be removed as a primary step towards possible reform.

He further stressed that increasing the vote count while also removing the permanent membership status will make “the UN more functional” which is “important for it to be the most effective mechanism that maintains stability in the world.”

Citing Turkish President Recep Tayyip Erdogan’s famous mottos “The World is Bigger than Five” and “A Fairer World is Possible,” Pirincci said the common view of almost all non-permanent member states at the UNSC is that this system does not work.

“There is a need for an effective UN system that could act faster,” Pirincci added.

'Tokyo Olympics to be scrapped if not held in 2021'