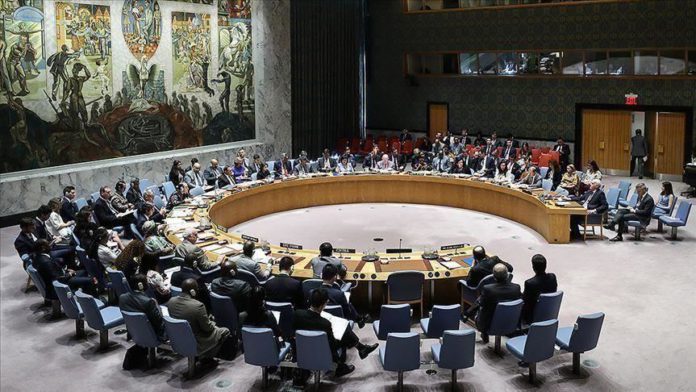 The UN Security Council (UNSC) adopted a resolution late on Tuesday extending sanctions against the Central African Republic (CAR) for one year.

The sanctions include an arms and ammunition embargo, but exempt supplies to the CAR security forces of weapons “with a caliber of 14.5 millimeters or less … as well as ground military vehicles and rocket‑propelled grenades,” the UNSC said in a statement.

The council unanimously adopted resolution 2536 (2020), stating that “member states should continue to prevent the supply, sale or transfer of arms and related material” to the CAR until July 31, 2021.

The UNSC also extended the mandate of its Panel of Experts, tasked with overseeing the sanction measures, until August 31 next year.

Abdou Abarry, Niger’s permanent representative to the UN, welcomed the CAR’s “positive results on key benchmarks” and emphasized the need to “ensure stability in the country before the elections, bolster the economy, and enhance regional cooperation.”

General elections will be held in the CAR in December this year to elect a new president and members of the National Assembly.

Government and UN forces have been struggling to maintain peace in the landlocked country.

In February 2019, the CAR government signed an agreement with several armed groups that control large swathes of the country, committing to integrating fighters from some groups into new army units and their leaders into government.

The deal has galvanized international support, but violence continues in several provinces, according to the International Crisis Group.