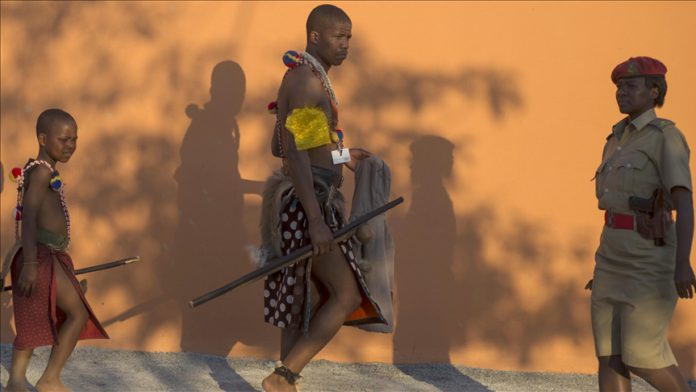 A witness told Anadolu Agency on the condition of anonymity on Wednesday that the situation is still tense in the administrative capital Mbabane and industrial hub Mazini.

“We didn’t sleep last night. Gun shots were the order of the night. All shops at Msunduza have been looted, we have nowhere to buy goods,” he said.

Defiant protesters are reported to have looted, vandalized and burnt shops. They also burnt tires and blocked roads.

Youths and activists have been protesting in the tiny Southern African kingdom led by King Mswati III for days now, demanding the lifting of the ban on political parties and other rights such as freedom of expression.

They have called for political reforms to end king Mswati’s rule, claiming that the current royal political systems have failed to meet their needs, and only enriches the king and his family.

The 53-year-old king came to the throne 35 years ago. He is accused of leading a lavish lifestyle and treating opponents harshly.

Situation deteriorated over the weekend as the government banned protests when people would gather to hand in petitions demanding democratic reforms.

“While the looting happened in broad daylight, police cars were just parked in the streets. A police officer told me that they had run out of fuel,’’ another witness said.

Wealth of Cyprus belongs to both its communities: EU