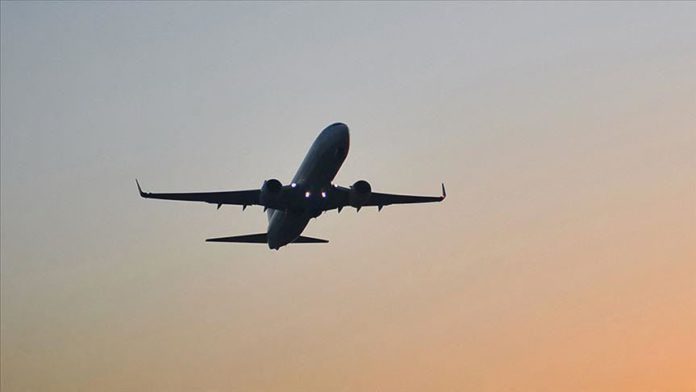 As the aviation sector is forced to implement new measures to protect public health amid the tentative easing of lockdowns, the elimination of the middle seat to maintain social distance on passenger routes may wipe out budget airlines.

Employing millions of people and being essential to international businesses and leisure, the aviation sector ground to a halt due to worldwide travel restrictions meant to curb the spread of the novel coronavirus.

Suat Hayri Aka, Turkey’s ambassador to the Montreal-based International Civil Aviation Organization (ICAO), pointed out that airlines were working on solutions to revitalize acceleration.

“There are projects aiming to make passenger drop-off and loading procedures, seating arrangements, in-flight meals and environmental disinfection that may allow the spread of the virus and in-flight ventilation system quality adapted to the new conditions,” Aka told Anadolu Agency.

The International Air Transport Association (IATA) said last week that it supported the wearing of face coverings for passengers and masks for crew members onboard aircraft, but opposed mandating social distancing measures that would leave “middle seats” unoccupied.

Aka said the extent to which measures would be taken depended entirely on the course of the outbreak and the decisions governments would take.

“Because, some measures will affect the business models of airline companies or sustainability of their assets and services,” Aka told Anadolu Agency.

Imposing onboard social distancing measures will drive low-cost airlines’ prices up as they depend on high passenger volume — generally flying at 90% of load factor — and high capacity utilization, he underlined.

Social distancing measure would cut capacity on planes to 62% of maximum load factor, which is well below the average industry breakeven load factor of 77%, according to IATA.

With fewer seats to sell, unit costs of airfares would rise sharply for all airlines by 43-54%, depending on the region.

Aka underlined that budget airlines were vulnerable to burdensome additional costs since they were based on an efficient cost control model and thus may go for bankruptcy.

“The impact of leaving one seat empty on costs, efficiency and antivirus efforts will be at different levels in each aircraft as some have a 1-2 or 2-2 seat layout. ” Aka said, adding that this would entail “competition distortions and inefficiency.”

Stressing that low-cost companies were now indispensable elements of world tourism and countries’ economies, Aka said deprivation of their services could have severe consequences.

Slowly reopening businesses since the beginning of May, Turkey has also been working on measures to ensure the transition to a “new normal order” in air travel within the scope of “COVID-19-free airports.”

Aka stressed that in the medium term, governments could take radical measures due to the increase of economic pressures.

“Based on certain public health criteria, countries may be more selective than before when accepting international flights to their territory.

“This will also indirectly affect countries that are transportation hubs, even if their public health measures are solid and controlling performance is high,” Aka warned.

Trouble in the skies

Laying off employees and keeping planes parked at airports, the aviation industry is now on survival mode.

Global giants Boeing and Airbus have announced plans to cut production. Boeing is to reduce 10% of its workforce by the end of the year.

Meanwhile, Colombian carrier Avianca — the second-largest in Latin America — filed for bankruptcy on Sunday after being unable to recoup losses amid travel bans across the region.

Virgin Australia has also declared bankruptcy but still continues to operate. Amid worker layoffs, Norwegian Air announced that four of its subsidiaries would file for bankruptcy.

Daily passenger flight traffic plummeted to 20,000 in April, down from 114,000 in January, Aka stressed.

He highlighted that civil aviation was facing an unprecedented test that deeply impacted the industry on a global scale.

The ICAO projects that international air passenger traffic would decline by 1.5 billion this year.

Supporting 65.5 million jobs around the world –10.5 million employed at airports and by airlines — the industry generates a $2.7 trillion value in world economic activity.

Firms have sought ways to minimize the damage, with some airlines conducting repatriation flights or freighter flights to support supply chains, including medical materials critically important in fighting the coronavirus.

In line with the rest of the world, Turkey’s national flag carrier Turkish Airlines is expected to begin domestic flights in the second half of this year and limited international flights.

Two airlines operating passenger flights in Turkey — SunExpress and Pegasus — announced that they would exclusively carry cargo, utilizing passenger cabins to the maximum.

Turkish Cargo also boosted its capacity and operates freighter flights with Turkish Airlines’ passenger aircraft in addition to its own flights.

By preventing supply chain disruptions and piling parking fees, carriers have generated income for regular aircraft maintenance, which is required even while parked.

Across the globe, flights on domestic routes are expected to reopen first as the pandemic subsides, to be followed by short-haul international services.

Bangladeshi police remain group most at risk from virus