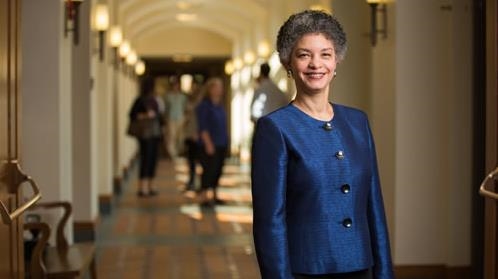 University of Michigan Provost and Executive Vice President for Academic Affairs, Susan M. Collins was named Wednesday the next president of the US Federal Reserve Bank of Boston.

Collins, described as “an international macroeconomist with a lifelong interest in policy and its impact on living standards,” served as the chief academic and budget officer, responsible for overseeing all academic programming and budget planning at the school, the Boston Federal Reserve said in a statement.

“Throughout my career, I have been driven by a commitment to leveraging research, education, and public service to improve lives. I look forward to helping the Bank and System pursue the Fed’s dual mandate from Congress – achieving price stability and maximum employment,” Collins said in the statement.

Collins earned her undergraduate degree at Harvard University and a Ph.D. at Massachusetts Institute of Technology (MIT) while serving as an assistant and then associate professor of economics at Harvard.

She also worked in Washington, D.C. as senior staff economist at the President’s Council of Economic Advisers, professor at Georgetown University, senior fellow in economic studies at the Brookings Institution and visiting scholar at the International Monetary Fund.

She will start her new role July 1 as the bank branch is involved in developing a central bank digital currency (CBDC) in what is dubbed Project Hamilton.

A team from the Boston Fed and MIT recently designed a highly efficient digital dollar that can handle 1.7 million transactions per second, above peer standards, as the US’ race continues against China’s CBDC — the digital yuan.

Former Boston Fed President Eric Rosengren announced his early retirement in September as reports surfaced about him buying corporate bonds and stocks from some of the largest US companies during the pandemic.