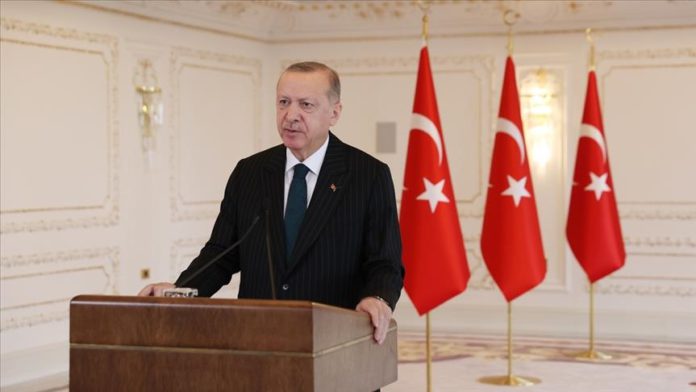 Unity and solidarity is the key to success in every field, from political struggle to efforts of expanding rights and freedoms, the Turkish president on Saturday told a Bulgarian centrist political party’s congress.

Recep Tayyip Erdogan, via a video message to the Movement for Rights and Freedoms (MRF) Congress, said Turkey will continue to stand by them on the basis of good neighborly relations, friendship, and alliance with Bulgaria.

“I believe that the Movement for Rights and Freedoms, which has an important place in the Bulgarian democracy, will continue on its way with a more comprehensive and embracing understanding in the new period,” Erdogan said.

Bulgaria, a former Ottoman territory, has a large Turkish minority of about 10%, according to 2017 official census figures.