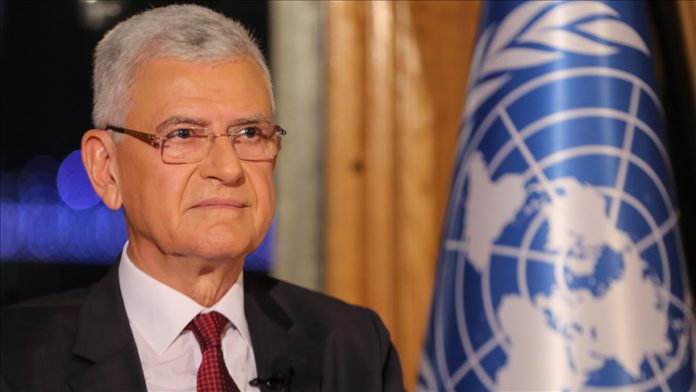 UN General Assembly President Volkan Bozkir expressed concern Wednesday over the violent protests in the US capital after supporters of US President Donald Trump stormed the Capitol building.

“As President of the UN General Assembly, I’m saddened & concerned by today’s developments at the Capitol in #WashingtonDC. The US is one of the world’s major democracies,” Bozkir said on Twitter.

“I believe that peace & respect for democratic processes will prevail in our host country at this critical time,” added the former Turkish ambassador.

The Capitol building was overrun earlier in the day as lawmakers were set to convene a joint session of Congress that is traditionally a mundane affair of Electoral College vote counting.

Instead, chaotic scenes of thousands of rioters clashing with police outside of the federal legislature gave way to even more pandemonium as the group overwhelmed law enforcement, breached the Capitol’s doors and windows and eventually made their way to the Senate floor.

Trump and his political allies have for months alleged that the election he lost to Biden by 7 million votes was rigged, stirring emotions among his supporters with conspiracy theories that have been repeatedly rejected in court.

The Justice Department also found no evidence to support his claims of widespread voter fraud.