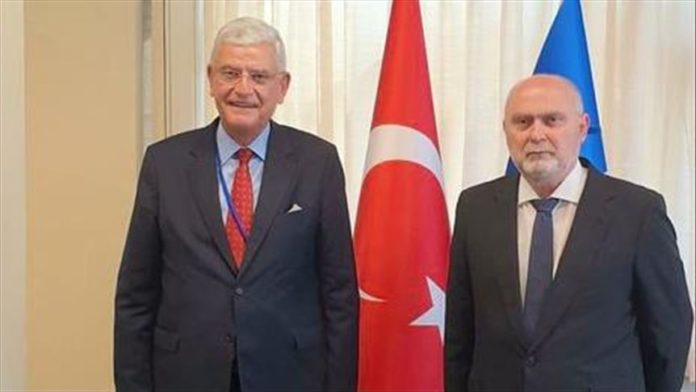 “Ambassador Feridun Sinirlioglu, Permanent Representative of Turkey to the UN, has been my first guest in our UN office for the transition period as President-elect of 75th UNGA,” Bozkir said on Twitter.

He thanked Sinirlioglu for his “kind visit.”

“Today I met with some members of the international team that will work with me during my Presidency of 75th UNGA, in the UN office we will use until my assumption of Presidency on 15 September,” Bozkir said in another tweet.

“We reviewed the preparations for the activities and issues for UN’s 75th anniversary,” he added.

He was first elected to the Turkish legislature in 2011 following nearly 40 years in the Foreign Service which included posts in Germany, New York, Baghdad and Romania.

He also served as Turkey’s minister for EU affairs and chief negotiator for EU accession between 2014 and 2016.