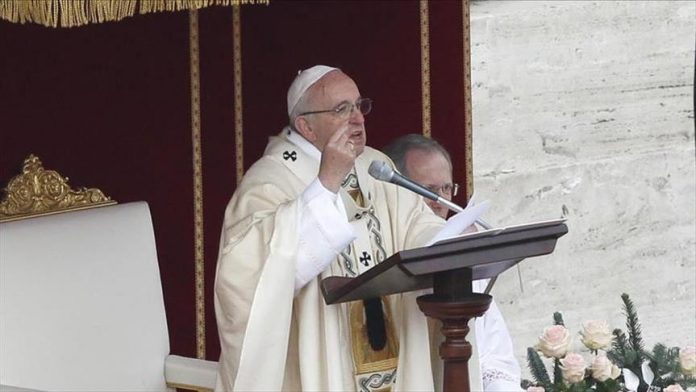 Pope Francis on Sunday warned against “unfair solutions” to the conflict between Palestine and Israel, during a speech on his visit to the southern Bari province of Italy.

The pope also referred to the threats to the Mediterranean region, Middle East, different countries of North Africa and between various ethnic, or religious groups.

“Nor can we overlook the still unresolved conflict between Israelis and Palestinians, with the danger of inequitable solutions, and, hence, a prelude to new crises,” he said.

His remarks reminded the so-called peace plan of the U.S. for the Middle East declared by President Donald Trump