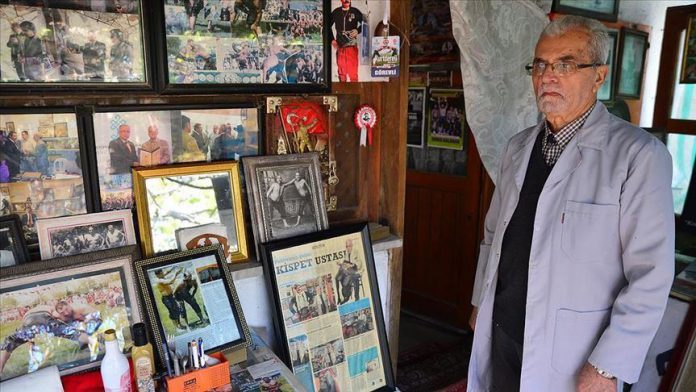 In western Turkey lives a man with 64 years of work experience who dedicated his life to making the special leather pants used in traditional Turkish wrestling.

Irfan Sahin, 77, started working when only a child and has continued to do so to this day, hand-crafting leather pants for wrestlers in a one-room studio in the historic province of Canakkale covered with posters and newspaper clippings of legendary wrestlers.

As part of the United Nations Educational, Scientific and Cultural Organization’s (UNESCO) intangible heritage list, in 2010 Sahin was designated a “living human treasure” in recognition of his contributions