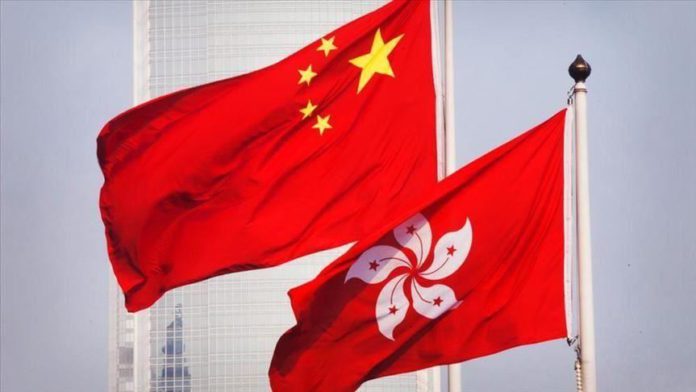 The local government in Hong Kong is on tenterhooks to disallow any demonstration on Oct. 1 when China commemorates its national day.

The authorities in the semi-autonomous region have barred a rally proposed for Thursday, citing COVID-19.

However, the organizer Civil Human Rights Front has called on people to wear black on the day to show solidarity with 12 Hongkongers detained in China, Hong Kong Free Press.com reported on Wednesday.

China commemorates Oct. 1 every year as the anniversary of foundation in 1949.

The group had applied for permission to hold the march but was denied same last Monday.

The government led by Carrie Lam asked all public employees that they should remain “vigilant of the threat of the coronavirus pandemic during the upcoming holiday on Thursday.”

China will see eight-day long holiday from Thursday which coincides with the mid-Autumn festival.

“There was distorted and false information online encouraging citizens to attend the illicit march,” he said, adding that 46 civil servants were arrested and suspended for allegedly taking part in illegal public activities until end-August.

A Taiwan-based academic Chien-Yu Shih told Anadolu Agency: “Unlike last year when we witnessed huge crowd and nasty conflict with the Hong Kong police force, this year seems pretty quiet on the streets.”

“Certainly, the scale of protest for tomorrow will be probably the first test on the momentum in fighting for democracy since the implementation of the national security law,” said Chien-Yu, who was until recently teaching in Hong Kong.

It would be the first such big occasion after China imposed the national security act in Hong Kong this July, triggering criticism by western nations who described it as a move strengthening Beijing’s grip over the region.

The 23-year-old was at the forefront of anti-government protests last year, demanding the withdrawal of a controversial bill that would have allowed extradition of alleged criminals to mainland China for trial. The bill was officially withdrawn after months of violent protests.

Hong Kong was a British colony until 1997 before being handed over to China under “one country, two systems” regime.

COVID-19: Over 160 tourists stranded in Nepal