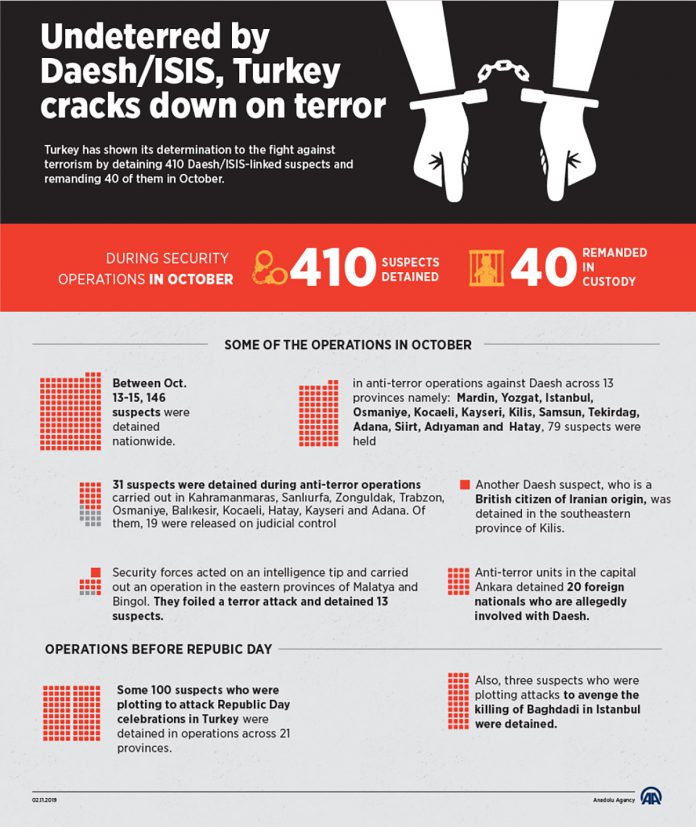 Turkey has shown its determination to the fight against terrorism by detaining 410 Daesh/ISIS-linked suspects and remanding 40 of them in October.

Turkish security forces conducted nationwide operations against Daesh including in major cities such as Istanbul, Ankara, and Adana to ensure internal security.

According to information compiled by Anadolu Agency, some suspects were produced in court while some were deported to their countries of origin.

Turkey recognized Daesh as a terrorist organization in 2013.

Since then, Turkey has been attacked by Daesh terrorists numerous times, including in 10 suicide bombings, seven bomb attacks, and four armed attacks.

Read more: Undeterred by Daesh/ISIS, Turkey cracks down on terror