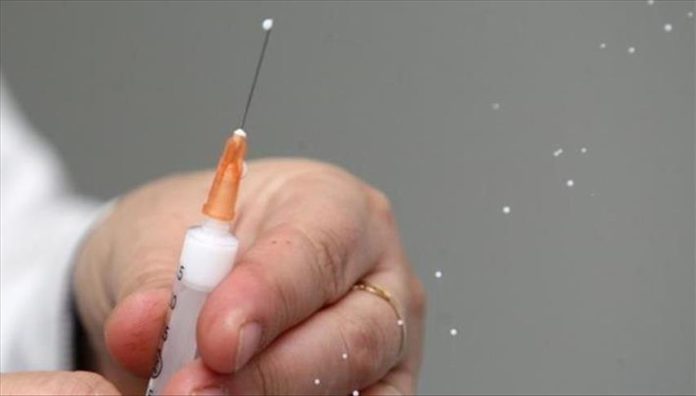 In the face of fierce criticism and frustration from top epidemiologists, medical experts, and President Emmanuel Macron himself, France appears to be stepping up its coronavirus vaccine strategy.

“Several thousand people were vaccinated today and 27 vaccination centers were started for caregivers. This number will be multiplied fourfold by Wednesday,” Health Minister Oliver Veran told the media outside a Paris hospital he was visiting to oversee the vaccine drive. He did not provide exact numbers on the newly vaccinated people.

Veran later tweeted that with a rapid acceleration in the vaccination campaign, France’s objective is to prioritize protecting the most fragile and caregivers above age 50 who face danger on a daily basis.

In the first phase starting on Dec. 27, the Pfizer-BioNTech vaccine was administered in nursing homes and residential establishments for the elderly to around 516 people, reportedly the lowest figure in comparison to other European countries.

By the end of February, at least 1 million people are projected to be vaccinated. But health authorities are following extensive “before and after” precautions including consultations and a 15-minute wait time for side effects, which along with the bureaucratic processes and staff shortages have slowed down the process.

The slow rollout led experts, analysts, and advisory bodies like the French Medicine Academy to claim the campaign was a “fiasco” that was pandering to anti-vaxxers.

France has a high vaccine-skeptic population, with multiple polls suggesting that only 40% of the French are willing to get the COVID-19 vaccine. The government has not made it obligatory to take the vaccine.

In order to win larger public confidence and assuage fears, authorities invented another untraditional measure called the citizens collective under which the government will randomly select 35 citizens representing all regions to aid in the vaccine strategy.

The panel, set to begin work on Jan. 16, “will be able to ask all questions, make all observations” to the health minister and immunologist Alain Fisher, who is steering the vaccine strategy, government spokesperson Gabriel Attal told Le Parisien daily.