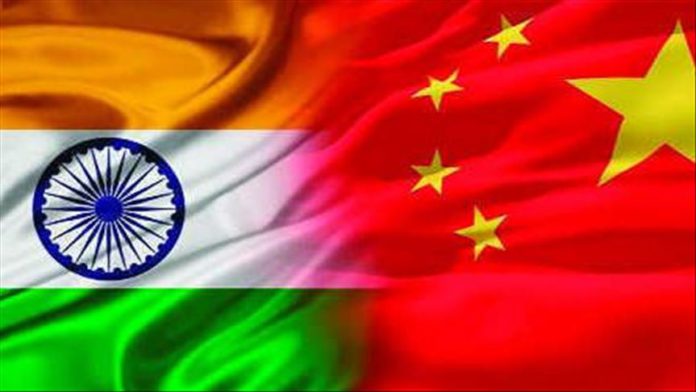 Experts say that border guards of India and China often come to face to face in summers, when they come out to patrol the mountainous area after spending long icy winters insiders their bunkers.

Last week, a face-off between Indian and Chinese soldiers along their borders left 11 of them injured on both sides.

The troops clashed near the Naku-La pass at a height of 4,572-meter bordering India’s northeastern state of Sikkim.

Confirming that a clash took place between the troops of two countries, the Indian Army’s Eastern Command Spokesperson, Mandeep Hooda told Anadolu Agency that the issue was resolved as per established protocols.

“Incident of a face-off between troops of both sides did take place. Aggressive behavior by the two sides resulted in minor injuries to troops. The two sides disengaged after dialogue and interaction at the local level. Troops resolve such issues mutually as per established protocols,” he said.

Hooda further added that temporary and short duration face-offs between the border guards occur as boundaries have remained unresolved.

This is the first such clash reported after 2017. In August 2017, videos of Indian and Chinese soldiers throwing stones at each other, near Pangong Lake in north India’s Ladakh, had gone viral.

In a press conference in Beijing, Chinese Foreign Minister, Zhao Lijian urged the Indian side to avoid taking actions that will complicate the boundary situation.

“We hope India will work with China to uphold peace and tranquility in the border regions with concrete actions. PLA [People’s Liberation Army] is conducting normal patrol along the Chinese side of the Line of Actual Control (LAC),” he said.

Speaking to the Anadolu Agency, former Director-General of the Indo-Tibetan Border Police (ITBP) Gautam Kaul said that these clashes have been occurring for several decades at the onset of summer when soldiers come out for patrolling.

The ITBP is a paramilitary force guarding India’s frontiers with China.

Kaul described these face-offs nothing but a “summer activity” from the Chinese side, to nibble the disputed land.

“Chinese have been doing this exercise for decades, in rotation. It is like a five-finger rotation plan, they may try to intrude the Mana Pass sector next. Almost every year, we have faced this. During my tenure [1998-2001], they had intruded the Pangong Tso lake, but we had taken firm actions against the intrusions,” said Kaul.

He pointed out that the Chinese have always tried to claim the disputed lands for strategic purposes.

In 1954, India and China had negotiated the five principles of peaceful coexistence, agreeing to settle disputes peacefully. China claims that India’s northeastern state of Arunachal Pradesh is part of its territory in southern Tibet.

India vehemently disputes the claim and in turn declares that Aksai Chin, currently under Chinese occupation is part of the union territory of Ladakh, a division of the erstwhile state of Jammu and Kashmir.

In 2017, both the armies were locked in a 73-day long stand-off in the disputed Doklam plateau near Sikkim, regarding the building of a road by the Chinese. As Operation Juniper, about 270 Indian troops armed with weapons and two bulldozers crossed the Sikkim border into Doklam to stop the Chinese troops from constructing the road.

The stand-off had ended peacefully after both countries withdrew troops.

Prime Minister Narendra Modi and Chinese President Xi Jinping held their first informal summit in April 2018 in the Chinese city of Wuhan, months after the Doklam standoff. The two leaders had decided to issue guidance to their militaries to strengthen communications.