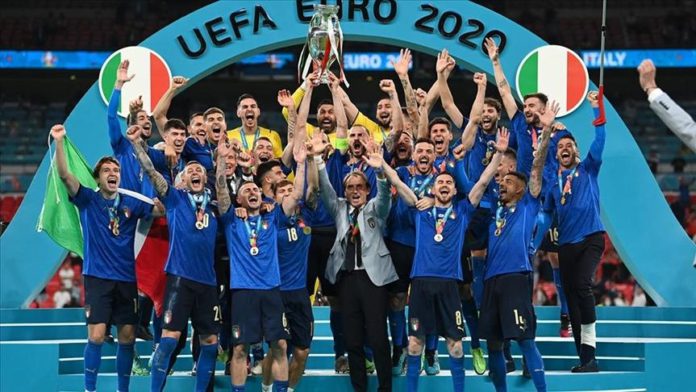 The Italian national football team broke a new international record of 36 matches without defeat over a 0-0 draw with Switzerland on Sunday.

“Not the win Mancini’s men wanted tonight, but the Azzurri are now games unbeaten. This represents a new world record,” the Italian team said on Twitter.

Italy had a 0-0 draw in the 2022 FIFA World Cup European qualifiers against Switzerland at St. Jakob-Park, Basel.

Despite the draw, they set a new record.

During this period, Italy scored 88 goals but conceded 12.