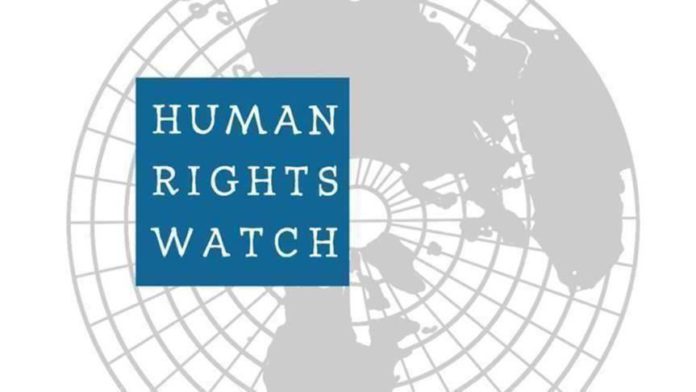 Hundreds of people have tweeted to Greek Prime Minister Kyriakos Mitsotakis for unaccompanied migrant and refugee children to be freed from detention in Greece, as a watchdog’s campaign continued since last April.

In April, the Human Rights Watch initiated a campaign with the #FreeTheKids hashtag on social media, calling for Greek authorities to release the hundreds of unaccompanied children seeking asylum in Greece and are now being locked up in police cells.

While 17-year-old Kamrul from Bangladesh was detained by the Greek police for more than six weeks, 14-year-old Ibrahim from Somalia for almost three months.

Life for both kids has changed though, as they are now living in Austria and the UK, respectively.

The same does not comply for the rest of 274 unaccompanied migrant and refugee kids that remain behind bars.

According to the report by Eva Cosse, a researcher at Human Rights Watch, 100 unaccompanied kids were behind bars amid COVID-19, and held in Amygdaleza center, living in overcrowded conditions with no or limited hygiene.

Although Greece has managed to control the spread of the pandemic, it has put children in great risk living in under these conditions.

The kids made drawings about the fear and misery they experienced in the police cells, Cosse said.

The watchdog has published these drawings as part of their #FreeTheKids campaign to call for an end to the practice of detaining migrant children in Greece, Cosse added in the report.