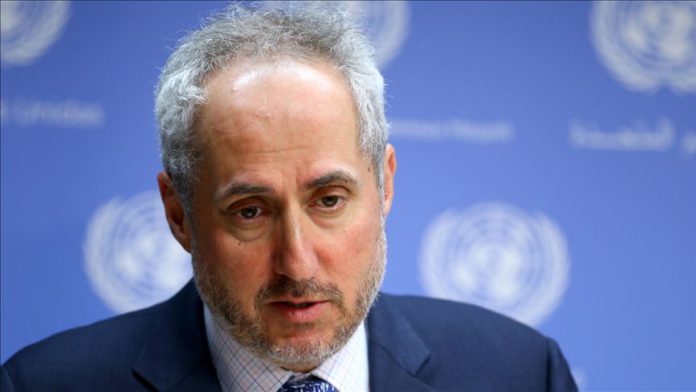 Time is running out to prevent a decaying tanker stranded off the coast of Yemen from dumping its load of 1.1 million barrels of oil into the Red Sea, the UN warned Friday.

“The aging tanker has had almost no maintenance since 2015 and risks causing a major oil spill, explosion or fire that would have catastrophic environmental and humanitarian consequences for Yemen and the region,” Stephane Dujarric, Secretary-General Antonio Guterres’ spokesman, said in a statement.

The UN says a spill would cause the closure of the port of Hudaydah, a lifeline for millions of Yemenis who depend on imports of humanitarian aid.

In particular, a potential oil leak into the Red Sea would severely harm Red Sea ecosystems relied on by 30 million people across the region, said Dujarric. “It would moreover force the closure of Hudaydah port for many months, which would exacerbate Yemen’s already severe economic crisis and cut off millions of people from access to food and other essential commodities.”

The Safer has been stranded off the coast of Yemen since the country’s Houthi rebel group captured the nearby coastline in 2015. Despite promises to allow a team of UN inspectors to visit the supertanker, the rebels have been accused of failing to meet their words with action.

In late May 2020, seawater entered the tanker’s engine compartment. While a temporary fix was applied, it raised concern over the risks of an oil spill that holds the potential to unleash four times as much oil into the sea than was spilled from the Exxon Valdez tanker in 1989, according to the UN.

Spokesman Dujarric said the Secretary-General “urged” the removal of obstacles to mitigate the dangers posed by the Safer tanker without delay.

“He specifically calls for granting independent technical experts unconditional access to the tanker to assess its condition and conduct any possible initial repairs,” he said.

US Secretary of State Mike Pompeo has described the ship as a “ticking time bomb” and has called for the Houthis to grant the UN access to the vessel.