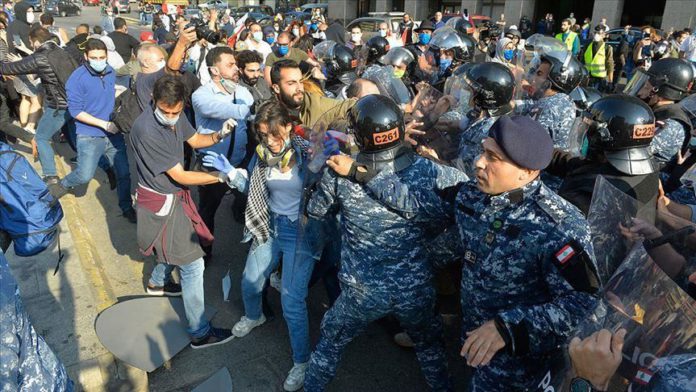 The UN on Friday expressed concern and called for restraint amid protests in Lebanon over the deteriorating economic situation.

Demonstrators during the week defied measures to fight the coronavirus pandemic by protesting in several cities against deteriorating living conditions and spiraling food prices.

One protester was killed and almost 80 injured in violent clashes, while the Lebanese army said nearly 160 personnel were hurt, 15 of them critically.

“We are deeply concerned by the renewed violence in Lebanon this week, claiming the life of one protester and leaving dozens of other civilians and law enforcement officers injured, as well as causing significant damage and destruction to public and private property,” said Rupert Colville, spokesperson for the Office of the UN High Commissioner for Human Rights (OCHCR).

He appealed to protesters not to resort to violence and urged law enforcers to abide by international standards on the use of force, such as principle of proportionality.

“We call on everyone to exercise utmost restraint, to refrain from violence against other people, and to respect property,” Colville told a news conference in Geneva.

Over the weekend, the Lebanese pound hit a record low at almost 4,000 pounds to one US dollar on the black market, while the official price remained at 1,507 pounds.

The economic crisis in Lebanon, which already had high unemployment, slow growth, and one of the highest debt ratios in the world, has been exacerbated by the COVID-19 pandemic and measures taken to stem its spread.