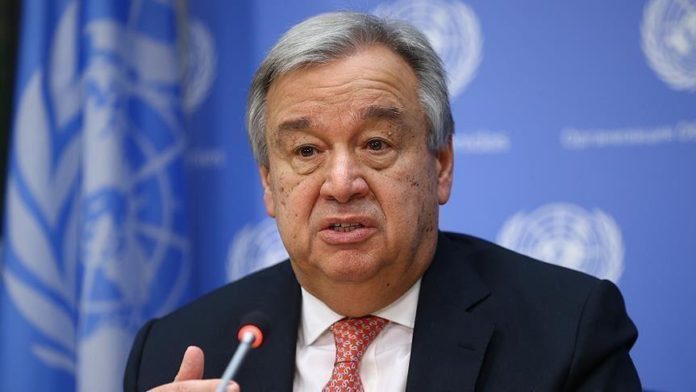 The UN Secretary-General Antonio Guterres has called for peace in the Central African Republic (CAR), as the electoral campaign began in the landlocked country to choose legislature and the new president.

In a statement issued on Saturday, Guterres said the Dec. 27 general elections constitute an important opportunity to consolidate the peace, constitutional order, and democratic gains, resulting from the 2015-16 elections, which ended a period of instability and conflict.

“I urge all politicians, their supporters, voice bearers, and the media to refrain from all hate speeches, incitement to violence and disinformation,” the UN chief said.

Guterres also urged authorities, including the security forces, to create a safe environment and uphold human rights in collaboration with the UN peacekeeping mission in the war-torn country.

He reiterated the UN’s commitment to continue to support the people in their efforts to consolidate peace, democracy, and sustainable development.

The secretary-general asked people including women and young people to vote in large numbers in Dec. 27 polls.

The country has been wracked by violence since Seleka rebels ousted then-President Francois Bozize in 2013, who rose to prominence during the rule of former dictator Jean-Bedel Bokassa.

Bozize’s failure to deliver genuine power-sharing, followed by his re-election in disputed 2011 polls, led to the offensive by the rebel groups.

Incumbent President Faustin-Archange Touadera, who has been in office since 2016, has repeatedly reiterated his commitment to preserving peace.

The CAR, which gained independence from France in 1960, has rich untapped deposits of gold, diamonds, and uranium. ​​​​​​​

Borsa Istanbul up %1.21 at weekly close