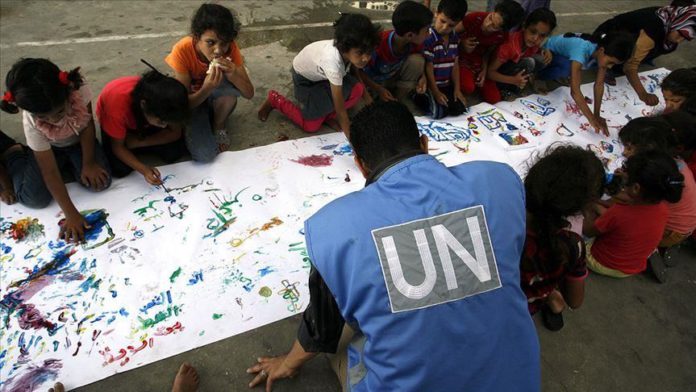 The UN’s special coordinator for the Israeli-Palestinian conflict urged Israel on Monday to allow its international staffers to return to the occupied Palestinian territories.

Nickolay Mladenov told the Security Council that Israel has not responded to visa renewal requests for international staffers with the UN’s Human Rights Office “over the past months.”

It is unclear exactly how long Tel Aviv has been doing so, but Mladenov said the rights body is continuing to “deliver on its mandate” with most staffers working outside of the area.

“After the release of the report to the Human Rights Council on business activities in Israeli settlements in February 2020, Israel has frozen its relations with OHCHR,” he said of the Office of the United Nations High Commissioner for Human Rights.

“I am deeply concerned that critical mandated work on human rights by the United Nations is obstructed in this manner. I urge Israel to facilitate the return of international staff members to the OPT,” he added, using an acronym that refers to the Occupied Palestinian Territories.

Michelle Bachelet, the UN’s High Commissioner for Human Rights, published a list in February that names and shames more than 100 companies that operate in the occupied West Bank.

The list was compiled by the UN’s human rights apparatus in Geneva and features mostly Israeli companies, though some are headquartered in the US, France, Britain, the Netherlands and Thailand.

The companies engaged in activities that “raised particular human rights concerns,” according to the UN report released Feb. 11, which was released after years of delays attributed to extensive lobbying by the US and Israel.