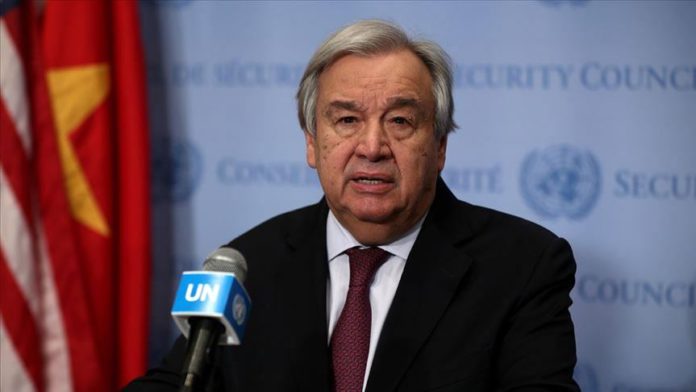 UN Secretary-General Antonio Guterres on Wednesday called on Israel to abandon its plans to annex parts of the West Bank, saying it would violate international law.

“We are at a watershed moment,” Guterres told the UN Security Council, adding that Israel’s threat to annex the occupied West Bank has alarmed Palestinians, many Israelis, and the international community.

“If implemented, annexation would constitute a most serious violation of international law, grievously harm the prospect of a two-state solution, and undercut the possibilities of a renewal of negotiations,” said Guterres.

“I call on the Israeli government to abandon its annexation plans,” he said.

Israeli Minister Benjamin Netanyahu announced last month that his government would formally annex the Jordan Valley and all settlement blocs in the West Bank.