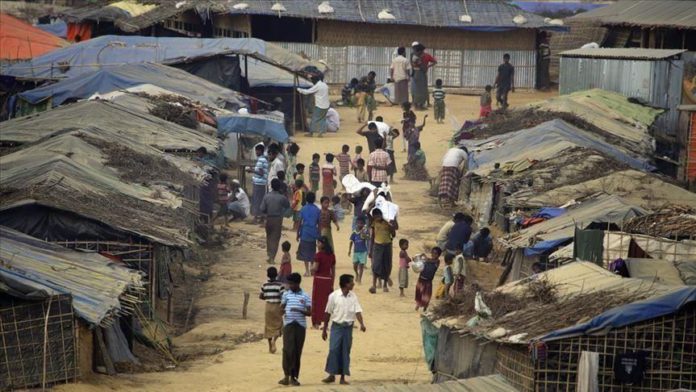 The UN bodies referred specifically to maritime movement of migrants and refugees in the Bay of Bengal and Andaman Sea in South Asia.

The persecuted Rohingya community of Myanmar constitutes the largest proportion of these refugees.

“Five years on from the 2015 ‘boat crisis’ in the Bay of Bengal and Andaman Sea … we are alarmed that a similar tragedy may be unfolding once more,” read the joint statement by the United Nations High Commissioner for Refugees, United Nations Office on Drugs and Crime, and International Organization for Migration.

“We are deeply concerned by reports that boats full of vulnerable women, men and children are again adrift in the same waters, unable to come ashore, and without access to urgently needed food, water and medical assistance.”

The humanitarian agencies acknowledged that there was no “easy solution” to the issue but criticized countries in the area for their callous approach towards human lives.

“Deterring movements of people by endangering life is not only ineffective; it violates basic human rights, the law of the sea and the principles of customary international law by which all States are equally bound,” read the statement.

They urged countries to “expand search and rescue efforts” and ensure “safe and humane” conditions for refugees and migrants.

“As we have seen time and time again, in desperate situations – whether in search of safety and protection or basic survival – people will move, whatever obstacles are put in their way,” the statement added.

“Saving lives must be the first priority … Not doing so may jeopardize thousands of lives of smuggled or trafficked persons, including hundreds of Rohingya currently at sea.”

Rohingya rights organization repeatedly appealed to countries in the region to show compassion to the distressed Rohingya.

They particularly looked to the Association of South East Asian Nations member states to help “Rohingya survivors of Myanmar’s genocide.”

Last month, Bangladesh, the closest area of refuge for Rohingya fleeing Myanmar, slammed international organizations for pressuring Dhaka to shelter hundreds of Rohingya who were stranded in the Bay of Bengal for weeks.

“It is deplorable that whenever any humanitarian disaster occurs at sea due to Myanmar, it has become a tendency on the part of a few international organizations to urge Bangladesh to shoulder the burden instead of approaching others,” Foreign Minister AK Abdul Momen said in an interview with Anadolu Agency in April.

“There are eight countries around the Bay of Bengal and the Andaman Sea, and each has an equal obligation [to shelter stranded Rohingya].”