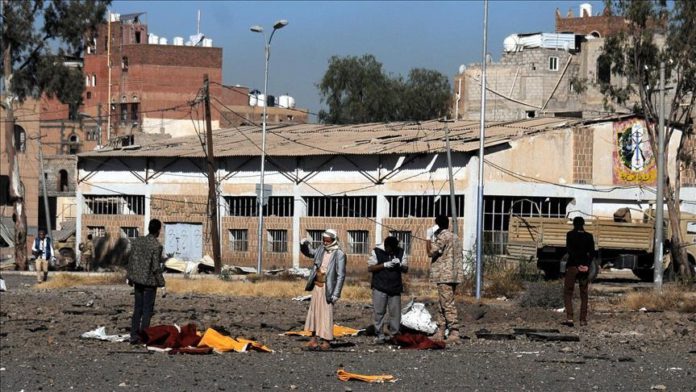 The UN mission in Yemen on Saturday voiced concern over the death of civilians in a shelling in Yemen’s western al-Hudaydah province.

Five women were reportedly killed and seven others injured when a shell struck a wedding hall in al-Hawk district in the coastal province on Friday.

While the Yemeni army said the shell was fired by Houthi rebels, the insurgents accused government forces of being behind the attack.

The mission “is troubled by reports of a number of civilian deaths and injuries as a result of shelling in Hudaydah’s Al-Hawk district last night, amid other reported ceasefire violations,” the UN Mission to Support the Hudaydah Agreement said on Twitter.

“We condemn all breaches of the Hudaydah Agreement and caution parties to avoid further igniting a tense situation that will inflict any additional toll on civilians,” it said.

The Yemeni government and Iran-aligned Houthi rebels have reached a ceasefire in al-Hudaydah in late 2018 following UN-brokered talks in Sweden.

Al-Hudaydah city along with its seaport are held by the Houthi rebels, while the Yemeni army is controlling the city’s outskirts.

Yemen has fallen into civil war in 2014 when Houthi rebels overran much of northern provinces, including the capital Sanaa. According to the UN Office for the Coordination of Humanitarian Affairs (OCHA), the conflict in Yemen has so far claimed the lives of 233,000 people.