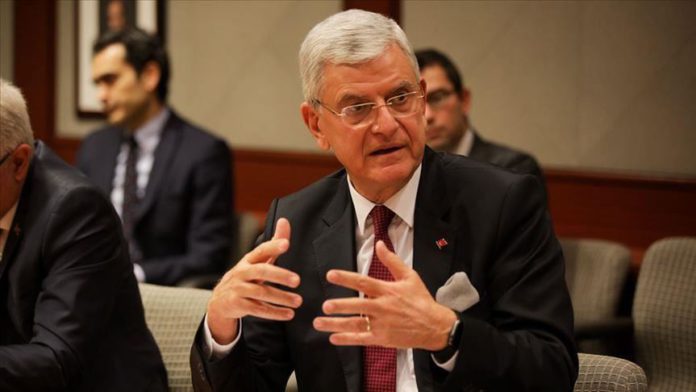 The UN General Assembly elected Wednesday former Turkish Ambassador Volkan Bozkir to be its president ahead of the 75th General Debate in September.

He was elected to the Turkish legislature in 2011 following nearly 40 years in the foreign service that included posts in Stuttgart, Germany; Baghdad; New York and Bucharest, Romania.

This year he will lead the annual forum as its prepares to convene in some virtual form for the first time in the UN’s 75-year history due to the coronavirus pandemic.

World leaders are usually accompanied by large delegations as they convene in New York for the annual meetings, a rare opportunity to rub shoulders with fellow leaders from nations worldwide.

This year was supposed to be a particularly special gathering with the international body celebrating its 75th anniversary, but with the virus continuing to persist worldwide alternative measures are being adopted.

Muhammad-Bande said he hopes to clarify in the next two weeks how the General Debate will take place.