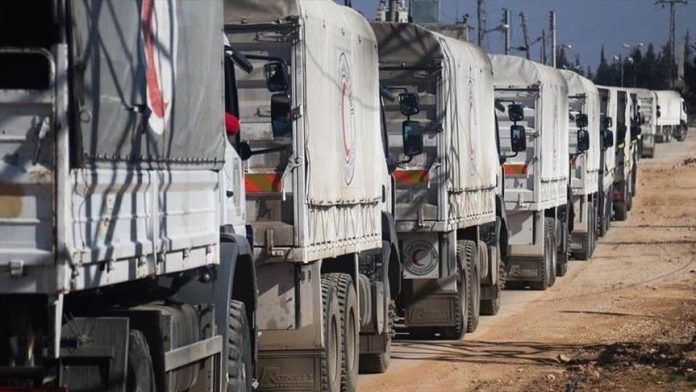 The UN on Tuesday dispatched a total of 67 truckloads of humanitarian aid to Idlib, a northwestern Syrian province where millions of people are in desperate need of assistance.

The humanitarian aid will be distributed to needy people struggling to live in Idlib and nearby rural areas.