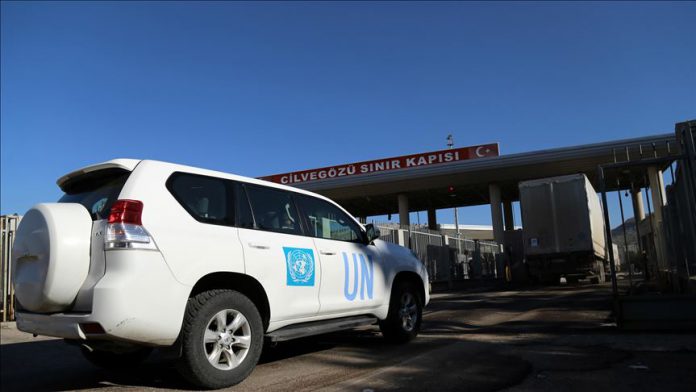 The United Nations on Friday dispatched nine truckloads of humanitarian aid for displaced civilians of Idlib, a war-weary city in northwestern Syria.

The trucks entered Syria through the border crossing in Turkey’s southern Hatay province.

Since the Bashar al-Assad regime, Russia and Iran launched attacks in November 2019, some 360,000 people fled Idlib and took shelter near the Turkish border. They are currently in dire need of humanitarian assistance.

Since then, more than 1,300 civilians have