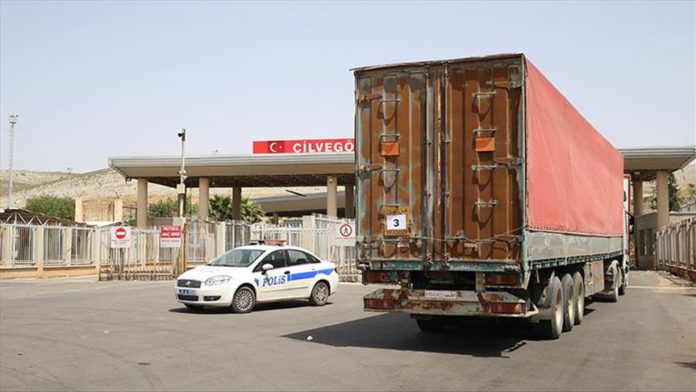 The United Nations sent Monday 89 truckloads of humanitarian aid to Idlib, a northwestern Syrian province where millions are in urgent need of assistance.

The trucks loaded with the supplies entered Syria through the Cilvegozu border gate in Turkey’s southern Hatay province bordering Idlib.

The aid will be distributed to vulnerable people in Idlib and nearby rural areas.

It is currently home to four million civilians, including hundreds of thousands displaced in recent years by regime forces throughout the war-torn country.